On Monday, an administrative law judge issued a recommendation that the Alaska Department of Environmental Conservation rescinds a state water quality certificate that was issued to the Donlin Gold mine in 2018. The certificate is required under the Clean Water Act. Here’s what rescinding the certificate could mean for the proposed mine, and how the parties involved in the decision have responded to the judge’s recommendation.

The judge’s proposed decision throws doubt over the future of the Army Corps of Engineers’ permit that Donlin obtained back in August 2018.

The state water quality certificate is a big one. It’s required under Section 401 of the Clean Water Act. Under Section 401, states have the legal authority to review an application for a project that requires a federal permit. James Rypkema, a program manager at DEC’s Division of Water, told KYUK in 2018 that the U.S. Army Corps of Engineers has to permit the project since it impacts 3,500 acres of wetlands. Without the state water quality certificate, Donlin could not receive its federal permit from the Corps.

The Orutsararmiut Native Council in Bethel is the organization that challenged the certificate. The tribe contended that the state cannot guarantee that the mining operations will maintain Alaska’s water quality standards for mercury levels, water temperature, and fish habitat. Administrative law judge Kent Sullivan’s proposed decision agrees with the tribe.

Springer wrote: “This decision by Judge Sullivan demonstrates that the concerns of the People of the Kuskokwim River surrounding development of the Donlin Prospect were, and are legitimate.”

Springer claimed that the state “erred in their hasty issuance” of the water certificate, and he urged ADEC Commissioner Jason Brune “to take to heart the conclusions” in the judge’s recommendation and “ensure protection of salmon streams.”

DEC spokesperson Laura Achee would not respond to KYUK’s questions on the judge’s proposed decision or what it means for Donlin Gold. In 2018, Rypkema told KYUK that it is rare for any permit to get denied.

In a statement, Donlin Gold spokesperson Kristina Woolston wrote that the company “strongly disagrees” with the judge’s proposed decision and that the decision “does not affect Donlin Gold’s commitment to the Project’s Alaska Native landowners, The Kuskokwim Corporation and Calista Corporation, to build an environmentally responsible mine that enriches the lives of those in the Yukon-Kuskokwim region.”

Achee said that under state law, the department’s commissioner has 45 days from the release of the judge’s recommendation to issue a decision, which would be a deadline of May 27. 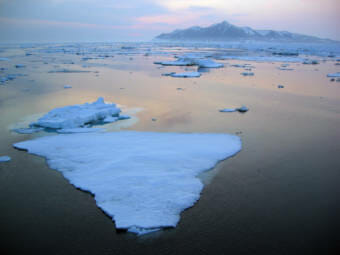