The Kobuk 440 sled dog race is winding down Tuesday as the first mushers and dog teams arrive back in Kotzebue.

Tony Browning, a veteran musher from Nenana, and his dog team dashed across the finish line first, around 7:20 a.m.

“It was a pretty tough race for sure,” Browning said. “The dogs did excellent. They came in motoring. I ran them kind of slow down the river, a little slower across the lake and then fired them up coming over the hills. And they just took right to it… whoosh.”

Blizzard conditions prompted two veteran mushers to hit their distress signals and forced others to turn around. Race officials then paused the race and rerouted the trail.

The competition restarted at 2 a.m. Sunday.

Browning said the last bit of trail from Kiana to Kotzebue was fairly calm, describing the snow as “sugary” and “grindy.”

Browning is a fixture in rural Alaska mid-distance mushing, having won the Kobuk 440 in 2000, four Nushagak Classics and the Nome Council 200 twice. He’s also placed in the top 10 at several Kuskokwim 300 races.

But, he said, this race will be his last.

“I wanted this to be my last race, the Kobuk, because it’s my favorite race,” Browning said.

Nine more mushers were still on the trail early Tuesday, with Ryan Redington and Gunnar Johnson on pace to arrive in Kotzebue at around noon. 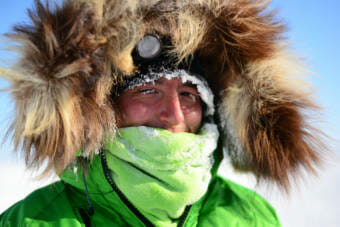 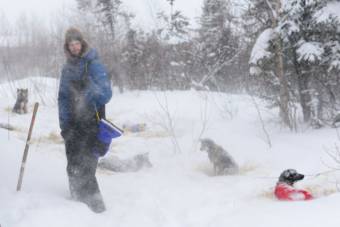 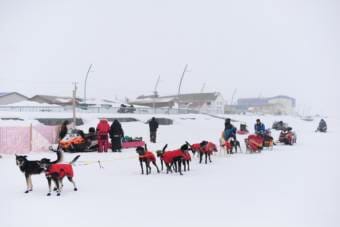 A dozen mushers brave wind, snow and whiteout conditions as the Kobuk 440 kicks off

Braving heavy winds and below-zero temperatures, a dozen mushers embarked across the sea ice for their chance at claiming victory in this year’s Kobuk 440 Sled Dog Race.