The State of Alaska will receive a huge influx of money from the latest federal COVID-19 relief package. Some of that money is going straight to individuals. But it remains to be seen how the state and local governments will use the almost $1.4 billion coming their way.

Money from the American Rescue Plan will come to Alaskans directly and indirectly. The plan includes both aid to individuals and nearly $1.4 billion to Alaska’s state and local governments.

“Yes, it’s significant. Yes, it touches every facet of the economy,” said Mouhcine Guettabi, an associate professor of economy at the University of Alaska Anchorage. He said the money can help get Alaska back on track after the pandemic but warns that it should be taken in context.

“It doesn’t resolve Alaska’s structural problems. As big as the numbers we’re talking about,” Guettabi said. “I don’t want to say that a drop in the bucket because it’s not. But Alaska is still in a tough spot.”

Then, there’s the expanded child tax credit. It’s a substantial piece of aid, but it’s also temporary. Qualifying families could get up to $250 a month per child from July to December of this year. Guettabi estimates that at least 90,000 families in Alaska are eligible.

“We’ve never had something this grand, this broad, and this targeted towards lower-income individuals in particular,” Geuttabi said. “Think about a family that has two children, potentially receiving an additional $500 a month, right?”

It has the potential to lift over 12,000 kids out of poverty in Alaska, according to The Center on Budget and Policy Priorities. Again, that’s money those families will only get this year.

Then, there’s the roughly $1.4 billion the state and local governments will have to spend. Guettabi puts that into perspective.

Most of that money goes to the state. About $230 million at the discretion of local governments.

State economist Neal Fried with the Department of Labor said the two pandemic stimulus packages so far are unprecedented in his decade-spanning career. And he said there are some economic indicators that the last stimulus bill, the CARES Act of 2020, had a positive impact.

“One sort of very dramatic thing that has happened, that’s very unusual, given the fact that we’re in this recession — you know, we lost over 20,000 jobs, lots of payroll business activity — but we look at income. Income actually grew last year, in 2020. Despite that, that would never happen in your typical recession. Which this, of course, is not,” Fried said.

Both Guettabi and Fried say the sooner Alaskans get past COVID-19, the sooner we can see a meaningful shift in the economy.

The takeaway is that families and individuals should see money in their pockets between now and the end of the year. The direction the state and local governments go with their relief dollars — and how that will help individual Alaskans and the state’s economy in general — remains to be seen. 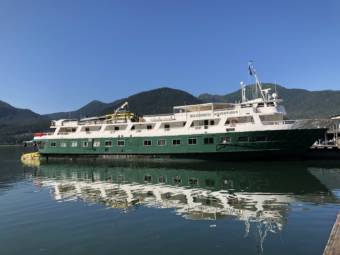