Sealaska Heritage Institute and the luxury retailer Neiman Marcus have settled a lawsuit over a coat the company sold. The coat bears a striking resemblance to a copyrighted, Alaska Native Ravenstail pattern.

The case began with Neiman Marcus but eventually grew to include 11 defendants.

In a statement, Sealaska Heritage said they’ve agreed to work together to resolve the issue “under Tlingit law and cultural protocols.”

Jacob Adams is the cultural nonprofit’s attorney on the case. He said the terms of the settlement are confidential, but some effects of it may become public.

“There are conditions that are being met to meet the Tlingit law aspect and cultural requirement aspect. So, in the future, some things may be seen as a result of the settlement,” Adams said.

He said confidentiality helps avoid generalizing case law among other Indigenous groups that have their own cultural requirements.

In a filing on Monday, lawyers from both sides asked the U.S. District Court to hold off on dismissing the case until at least Oct. 1. They need time to fulfill the conditions of the settlement.

Adams said this case is an indicator of shifting attitudes around Indigenous groups objecting to the commercialization of their culture.

“Most of the time it would just end with someone saying, ‘Oops.’ Right?” he said. “‘Sorry.’ Or, ‘We didn’t know.’ Or, ‘We did know, but we were really trying to celebrate you. We were giving you exposure. Look how beneficial our actions were to you. It was out of a good place that we’ve done this,’ right?”

“And it’s a real leveling of the power dynamics,” he said. “And it’s also making sure that indigenous ownership is respected as much as any other ownership, right? Under the law.”

Sealaska Heritage Institute and the heirs of the late weaver Clarissa Rizal sued the luxury retailer last April. In addition to violating the copyright, they said Neiman Marcus violated the Indian Arts and Crafts Act by misrepresenting the coat as an Alaska Native craft.

Alaska-based attorneys for the defendants did not respond to requests for comment. But in Sealaska Heritage’s statement, the nonprofit said the retailer and associated defendants asserted the design was public domain and truthfully advertised. They will not have to admit fault or wrongdoing under the settlement.

Lily Hope was one of the plaintiffs and Clarissa Rizal’s daughter. She said she’s glad the dispute has been resolved. 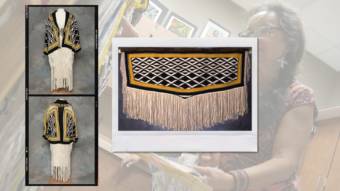 SHI President Rosita Worl said "the widespread interest in this story indicates to us that the public is as concerned as we are about protecting our cultural heritage.” 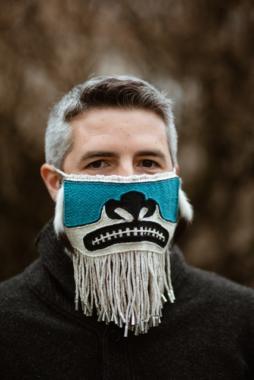 In Juneau, one weaver wanted to create a work of art to reflect the biggest story of our time: the coronavirus. And Chilkat weaving seemed like the perfect medium to express that. 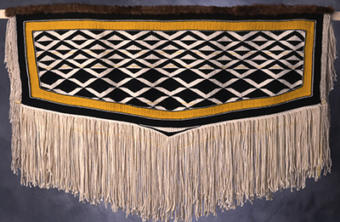 Neiman Marcus is getting sued for selling a ‘Ravenstail Knitted Coat’ for $2,500

This case is thought to be the first time a business has been sued in the U.S. for copying a traditional indigenous pattern.