House Rep. Zack Fields, an Anchorage Democrat who used to work for the Department of Labor, said he and his Labor & Commerce committee co-chair got a complaint from a whistleblower that Ledbetter was blocking enforcement of state workplace safety standards.

“Alaskans have to work to provide for their families,” Fields said. “When they go to work, they shouldn’t have to risk their lives to put food on the table.”

Fields’ committee is holding a hearing to address questions they have about a Copper River Seafoods plant in Anchorage and Juneau-based Alaska Glacier Seafoods. Both companies had large COVID-19 outbreaks last year.

Seafood plants, by nature, have large numbers of people working in close quarters.

But in the case of Copper River Seafoods, inspectors said the company “made a minimal effort” to protect employees from the virus.

According to Department of Labor documents, state workplace safety inspectors were asked to visit the Copper River plant after the health department flagged that 77% of the company’s Anchorage plant employees had contracted COVID-19.

State contact tracers told inspectors that 19 employees had complained about the plant when they were being interviewed. Workers described crowded working conditions, having to purchase their own masks and said their complaints to management fell on deaf ears, according to inspection records.

State inspectors showed up to the Copper River’s East Plant in Anchorage in August and later found out that five employees,  who tested positive for COVID-19 and should have been isolating, were working at the plant during the on-site inspections.

One inspector noted that despite a substantial outbreak of COVID-19 at the plant — one that caused them to shut down for two weeks — the company took minimal action to protect employees. “During this time, [Copper River Seafoods] was actively engaged with public health officials from the State of Alaska and the Municipality of Anchorage, who described their initial meetings with [Copper River Seafoods] ownership and management as ‘hostile.'”

No one from Copper River Seafoods returned a phone call seeking comment.

State inspectors proposed nearly $450,000 in fines after that site visit, both for COVID-19 issues and other safety problems.  But, the commissioner blocked it, saying that it wasn’t adequately supported by the documentation that inspectors provided.

In an internal memo to Director Joe Knowles who oversees the Labor Standards and Safety Division, Ledbetter wrote that she was concerned about the way she was notified about the citations. So, she directed a change in the way that citations are handled. Now, Ledbetter says that she must approve any proposed citations of more than $50,000 that safety inspectors want to issue.

Reached via email on Tuesday, Commissioner Ledbetter said the type of citation that inspectors wanted to issue against Copper River Seafoods for its COVID-19 violations is unprecedented in Alaska.

She wrote that her department is working with the federal Occupational Health & Safety Administration counterpart to figure out its authority going forward. She didn’t answer questions about what her office would do to enforce COVID-19 safety standards with employers who refuse to follow them.

Fields says Ledbetter’s actions are unprecedented and he wants the commissioner to come before his committee and explain her decision.

“To me, it’s a policy matter because the occupational safety and health staff did their job. They investigated workplace safety issues. They recommended steps to correct problems on the job site. When that didn’t occur, they undertook enforcement action,” Fields said. “The problem I have is a political appointee effectively flushing the law down the toilet by refusing to enforce it.” 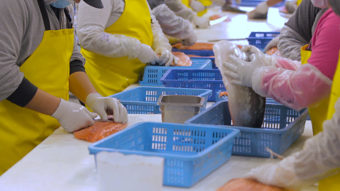 They sanitized, screened, quarantined and they still got COVID-19 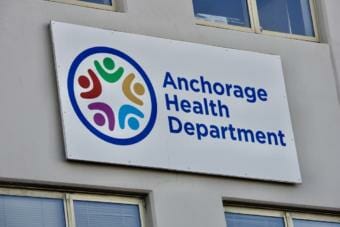 At an Anchorage seafood processor, more than a third of employees test positive for COVID-19

According to the city, community spread likely has already begun from this outbreak.