Many high school music students in Southeast Alaska cannot practice or perform together this year due to COVID-19 protocols. Some music classes, which are normally large in size, have been canceled altogether. But that hasn’t stopped the annual Southeast Honor Music Festival from taking some shape. Instead of meeting in person, virtual band and choir performances were created for the first time.

Here is the sound of 56 high school band students playing the same song from their own homes. The piece was recorded separately in videos and then all mixed together:

They’re playing the song, “Rushmore” in honor of the election year

In normal years, top music students from around the region come together for the Southeast Honor Music Festival in the fall — 60 students in band and 60 in choir. They rotate the town so the festival visits a new community every year. And it’s competitive. Students audition through recordings, which are judged by a group of regional music directors.

This year was a bit different. It was virtual, with all students performing solo at their own homes and then the videos were combined. The finished product was released Jan. 21.

It was Matt Lenhard’s idea and he coordinated the event. He’s been the music director at Petersburg School District for the past 23 years.

“I had the idea because back in August I took a band conference,” said Lenhard. “Attendees at this conference got to participate in something like this. We had music, we played our part, we put put it into a drop box and a company called VirtualChoir.net put something together, pretty impressive, in 24 hours.”

Lenhard thought something like this might work for students this year too. Through Zoom conferences with other music directors in the region, he knew this year has been totally different.

“Every school in this region has something different going on,” Lenhard said.

In Petersburg’s case, students are in small class pods so most music classes are not being offered. The only class at the high school is the smaller jazz band, which meets in the morning before school, and there are no music classes at all at the elementary school. The focus has been on the middle school students, who meet in smaller groups.

The virtual project included 56 high school band students and 28 choir students. Lenhard says it was more challenging for some schools to participate depending on their situation.

“Music programs across Southeast, we’re in some tough times with this covid,” Lenhard said. “You know, if you have a band of 50, you’re not meeting together.”

For the virtual honor festival, the teachers decided to pick their own students. Lenhard went with veteran musicians mostly in his jazz band because he has contact with them.

Wearing earbuds, the students sang or played instruments along with a professional recording of the song with a click track or what are audio cues to stay in sync.

Lenhard ended up filling in on a few percussion spots, playing drums and the upright bass. He says the teachers chose music that would be fitting for the unusual school year.

The virtual honor festival went so well the music directors are considering something similar for the annual Southeast Alaska High School Music Festival in April, also known as Music Fest. On a normal year, that event can draw around 500 to 600 students from around the region. 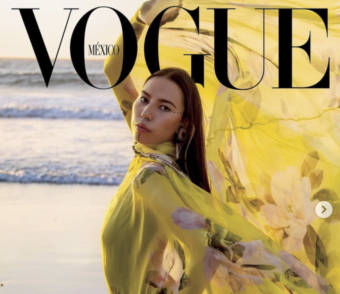 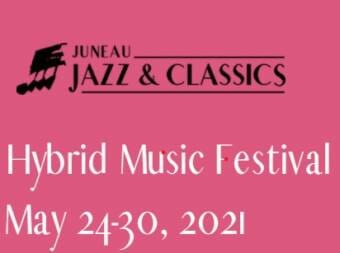 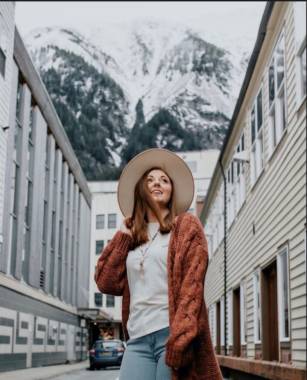 Alaska Fashion Week kicks off in Juneau, organizers hope to make it an annual tradition

It’s not all about dressing up and checking out the latest trends. Event organizers hope to educate people about fast fashion and sustainability.