State Rep. David Eastman is facing a torrent of criticism for participating in the Washington, D.C. rally Jan. 6th that led to the storming of the Capitol.

A coalition of nine progressive groups in Alaska are calling for the Wasilla Republican to resign or be removed from office, along with other legislators who they say used their official positions to try to overturn the national election results.

“Alaskan leaders who supported this insurrection must be held to account,” the groups, including the Alaska Center and regional political arm of Planned Parenthood, said in a joint statement last week. “Legislators who swore an oath to protect and defend the constitution in one breath, then seek to overthrow it in another breath have proven themselves unfit for duty, and unable to carry out the responsibilities of elected office.”

There’s no evidence Eastman was part of the mob that attacked the Capitol or that he broke any laws on Jan. 6th. In a brief phone interview early that afternoon, Eastman said he was leaving the rally by Metro and expected to be at the Capitol in a few minutes.

“I know there’s quite the fight at the national level and [it’s] important that Alaska be represented in that fight. And that Alaskans concerned on voter integrity have a voice,” he said. “I want to be part of that.”

In a later phone call, he said he did not witness any of the violence at the Capitol Building and was glad to have rallied with other peaceful demonstrators. In social media posts later, Eastman condemned the assault on the Capitol, and also blamed the violence on Antifa, which the FBI refutes.

It’s not clear how close Eastman got to the Capitol building. He didn’t return phone messages last week. One photo on social media shows him at the Grant Memorial. That’s across the lawn, about a city block from the Capitol’s West Terrace, where rioters grabbed metal pipes from a platform erected for the inauguration they hoped to prevent.

A decade ago, it might have been Eastman’s job to stop them. His resume says that, as a military officer in 2009, he was assigned to plan and preserve security for the inauguration of President Barack Obama.

On social media, dozens of Alaskans have called him a traitor. More than 2,500 people have signed a petition at change.org demanding he resign. Ivan Hodes of Eagle River is one of Eastman’s online critics.

“I just can’t get over the fact that a brother officer would engage in that kind of behavior,” Hodes said.

Eastman and Hodes overlapped as students at West Point. They served together as military police officers in Alaska.

Even if Eastman didn’t storm the Capitol, Hodes said he spread President Trump’s lie about the election being “stolen” in an attempt to keep Trump in power. Hodes said Trump’s lie animated the mob.

“As a state legislator he has a special responsibility not to do that kind of thing,” said Hodes. “He’s just in gross violation of the oath of office that he took as a legislator, not to mention the oath that all of us former officers swore when we were commissioned in the Army.”

“There’s nothing in the Ethics Law that would prohibit him participating in a protest,” said Begich. “And, you know, he has his first amendment right to do that.”

But Begich points to Eastman’s persistence in undermining faith in the national election, even after the Trump campaign lost dozens of legal challenges. Begich notes that the state House censured Eastman in 2017 – for claiming without evidence that women happily become pregnant so they can get a free trip to the city for an abortion. He says the Alaska House and Senate could consider censuring members who lie about the election.

“The narrative about the stolen election that they claim is all about trying to retain power in an undemocratic way,” he said. “I certainly would look at that.”

They’re also calling out other Republican legislators who joined or supported a lawsuit challenging the presidential election. They are Reps. Sarah Vance, Ben Carpenter, George Rauscher and Colleen Sullivan-Leonard, as well as Sen. Lora Reinbold. None of them responded to an emailed interview request. 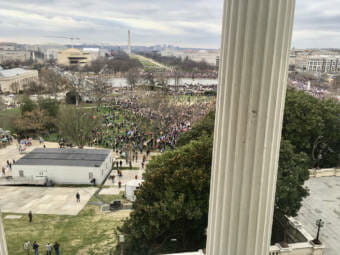 ‘Mob rule’: Alaskans at the Capitol watch unrest roiling outside their doors 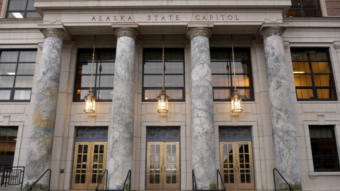 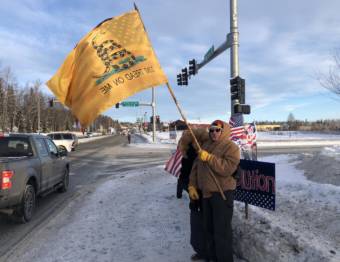