No violent demonstrations were reported in Juneau or elsewhere in Alaska, but there was a small group of protesters gathered on the corner of the Kenai Spur and Sterling highways in Soldotna to show support for the outgoing president.

Krista Schooley, of Kasilof, said she doesn’t think the election is over. She said her representatives, including District 31 Republican Sarah Vance, of Homer, have her back and support Trump.

“I have talked to them,” Schooley said. “A lot of them, actually. Mainly local. And yes, they do.”

Loren Hollers, of Soldotna, was waving a “Don’t Tread on Me” flag. He said he thinks the election has been a coverup.

“We believe that our vote was stolen,” he said.

Claims of voter fraud have been debunked. Over 60 legal challenges to the election outcome from the Trump campaign have failed.

Dianna Hollers said she worries about her freedoms under a Biden administration.

“Our freedom to even travel without a dang COVID test. Our freedom to speak the truth as we see it,” she said. “The political correctness that has come upon this world. It seems like everybody’s a snow baby now. You can’t even have an open discussion with people.”

Schooley said she has friends from the peninsula who went to D.C. to protest but she was unable to get in touch with them Wednesday afternoon.

Both Loren and Dianna Hollers said they don’t agree with the violence today at the Capitol, but they support those who protested peacefully on the lawn outside.

Wasilla Republican Rep. David Eastman told Alaska Public Media he was one of those protesters. And central peninsula House representatives have made the same claims that drove the mob in D.C. — that the 2020 election was fraudulent. In December, they asked Gov. Mike Dunleavy to join a Texas suit to overturn election results in four states. That suit was later thrown out by the U.S. Supreme Court.

As local professors and teachers prepare lesson plans for the upcoming semester, which starts Monday at Kenai Peninsula College, they’re going to have to figure out how to work current events into their curricula.

Jeffrey Meyers, an assistant professor of history and political science for KPC, is teaching U.S. history and American government.

“Even teaching U.S. history last semester, when we talk about the U.S. founding fathers, the most important thing to them was a peaceful transfer of power and that the elections are fair and equal,” he said. “And it will be a semester long process, but in all of these classes, it’s going to be quite simple for us as professors and students to understand why we are where we are today.”

He said it’s important for lawmakers to realize the impact their remarks have on their constituents. In Alaska, all three members of Congress have acknowledged Joe Biden as the president-elect. But Sen. Dan Sullivan was one of eight senators who was mum on whether he would vote to certify the election ahead of Wednesday.

“Anyone who’s played sports or been in a band or the chess club or any type of group understands that culture and leadership is top down,” Meyers said. “It has a huge impact what your local officials have said about this election.”

On the peninsula, District 29 Rep. Ben Carpenter, of Nikiski, has consistently cast doubts on whether the election is legitimate. Before the violence this morning, he posted on his personal, public Facebook page that the election was corrupt.

“If they don’t condemn people going after this election, then they are part of the problem,” he said.

Reps. Carpenter, Vance and Ron Gillham, of Soldotna, as well as Soldotna Sen. Peter Micciche, did not respond to requests for comment by deadline.

Congress certified Biden’s victory early this morning after resuming the process Wednesday afternoon, once the Capitol was secured. 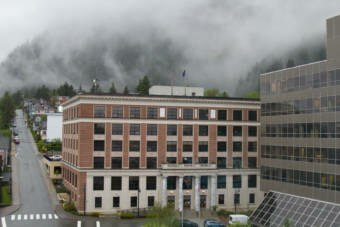 It remains uncertain whether the Alaska Legislature will approve $5,500 payments to Alaskans this fall. 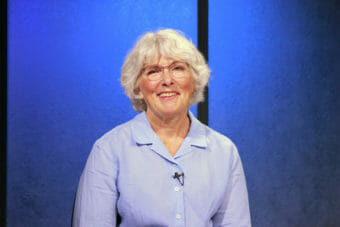