Alaska Gov. Mike Dunleavy is appealing the U.S. Army Corps of Engineer’s decision to deny a permit for the proposed Pebble Mine, back in November.

The state’s Department of Law will file an administrative appeal with the federal government, according to a media release.

In that release, Dunleavy calls the denial a “dangerous precedent” that would harm Alaska’s future.  His Department of Natural Resources Commissioner Corri Feige echoed that sentiment in the release, saying that it has “ominous implications for our rights as a state to develop our resources for the benefit of all Alaskans.”

The Army Corps denied the permit after determining that the plan for the mine would not comply with the Clean Water Act, and that the project is not in the public interest.

Fishermen and tribes in Bristol Bay have been fighting the project for more than a decade.

If built, the open-pit gold and copper mine would be one of the largest in North America.

Dan Cheyette, Vice President for Lands and Resources at the Bristol Bay Native Corporation, said they “completely disagree” with the governor’s decision. He said the corporation has “always held” that Pebble is unlike any other resource development project.

“Because of its location, because of its size, because of the type of deposit that it is, and the fact that it is in the midst of one of the world’s greatest wild sockeye salmon fisheries, it can’t be judged against any other project,” he said.”

Cheyette said he believes the Army Corps will uphold its decision to deny the permit.

The United Tribes of Bristol Bay are strongly opposed to the project.

“Bristol Bay residents and Alaskans have been clear that we will not trade one of the world’s last robust salmon fisheries for a gold mine,” wrote Deputy Director Lindsay Layland in an emailed statement. “It’s outrageous that Gov. Dunleavy and his administration would go against the will of Alaskans to benefit a foreign mining company that has no value to our state, and shows once again how out of touch he is.”

Robin Samuelsen is the chairman of the board of the Bristol Bay Economic Development Corporation. He has opposed Pebble for more than a decade and he’s not surprised by Dunleavy’s announcement.

“We’ve got two of our federal senators opposing the Pebble Mine, hundreds of thousands of people opposed to the Pebble Mine. And we’ve got a rogue governor that doesn’t care what Alaskans think,” he said. “We’ve always asked our congressional delegation, the state of Alaska to treat us fairly out here. And they always said they’re going to treat us fairly. But now, it just goes to show that the governor is stepping outside the bounds.”

Despite this most recent development, Samuelson said, he thinks Pebble is “on its way out.”

Sue Anelon, who works with the Iliamna Development Corporation, said she supports the governor’s decision. She said that the lack of jobs in Iliamna is forcing people to look for work.

“If we don’t do anything, we’re going to be stagnant,” she said. “We’re going to still depend on the government. I don’t want to move out of my hometown just to get a job, but people are moving, and I love this place and I’d rather be home.”

Anelon says people in her community commercial fish, and they also depend on a subsistence way of life, but that they need money even when fishing and hunting for food.

The Canadian-based parent company of the Pebble Limited Partnership is currently caught up in a class-action lawsuit alleging that the company mislead its shareholders about the viability of the project.

Correction: A previous version of this story misspelled Robin Samuelsen’s name, it has been updated. 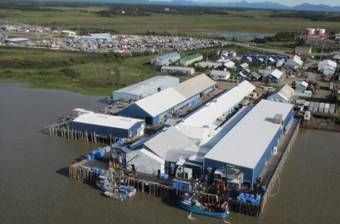 The new owner says it will continue to operate plants in Dillingham, King Cove, Port Moller and Valdez, along with support facilities in Naknek and Sand Point. Its headquarters are in Bellevue, Wash.

2020 was an eventful year for the Pebble Mine project

It was a momentous year for people who have fought for and against the proposed Pebble Mine. 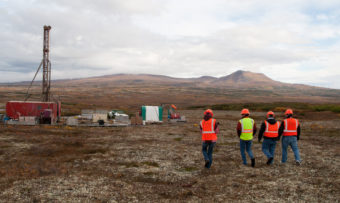 The suit alleges Northern Dynasty misled the public and violated the Securities Exchange Act of 1934. That act is aimed at promoting greater transparency and requires that companies disclose relevant financial information.