Since September, city workers have been collecting samples of Juneau’s sewage to test for the coronavirus.

It’s one version of a science experiment that a lot of cities are trying in Alaska and beyond. The hope is that these big picture snapshots of how much virus a community collectively flushes will show trends and better inform public health officials on their pandemic response.

But so far, the data in Alaska isn’t doing that. A lot of complicating variables may put some of these experiments on hold.

On Monday, a utilities engineer with the City and Borough of Juneau walked a Juneau Assembly committee through a version of this graph.

Three of the lines on it show how much of the virus has been detected at each of the city’s wastewater treatment plants over the last several months. The fourth, gray line shows how many people in Juneau had known, active COVID-19 cases over the same time period. The squiggles don’t line up well.

Sowa said the connection between the sewage data and the prevalence of COVID-19 in the community “hasn’t been striking. And there are a ton of variables.”

One big factor is how much virus people with COVID-19 pass, and when. That varies a lot from person to person.

“There’s just not a good, like, one solid number that you can say, ‘This is how much you shed, and this is, you know, how long you shed it for,’” she said.

Then there’s how long it takes for what’s flushed to get to the plant where a sample is collected. Sometimes solids settle in the pipes and don’t move along for awhile.

And there’s waiting time and transit time to get samples to a lab out of state. The virus may be breaking down in the lab’s bottles.

Disinfectants and industrial wastewater going down the drain also cloud the science.

Oh, and the rain dilutes everything.

“You’re not supposed to have a roof drain or a sump pump tied into the sewer system,” Sowa said. “That’s really a stormwater discharge. But it happens.”

Aaron Dotson with the University of Alaska Anchorage has been consulting with Sowa and her counterparts in other Alaska communities. He’s an associate vice chancellor for research and specializes in wastewater.

“Without a high sampling density, meaning you take lots of samples very frequently, there isn’t a very good way to directly relate it back to the number of cases in your community,” Dotson said.

Which some communities can do, but generally not in Alaska. He said the conclusions from sewage testing in Alaska have been pretty binary: Yes, COVID-19 is in your community, or no, it’s not. Which doesn’t help communities that already know they’ve got it.

But Dotson said it may be practical for communities the virus hasn’t reached and where individual testing may be more limited. Or, where it’s spreading under the radar.

As vaccines roll out, he said it may be worthwhile to confirm the virus is gone.

“We’ll be able to monitor that and say, ‘Hey, maybe now that we don’t see any in the wastewater, we haven’t seen any in clinical case counts, I think we’re able to now remove some of these emergency orders,’” he said.

Sowa said the city staff have been discussing whether to keep the sewage science going in 2021. That’s when the federal pandemic relief money that’s paid for it so far expires. They haven’t decided yet. But Sowa’s leaning toward no, for now.

“You know, taking a pause might be warranted,” she said. “Because it’s really — it’s new science and there’s lots of data gaps.”

She said a good time to resume sewage testing is when cruise ships return. Many of them pay the city to offload their sewage while they’re in port. 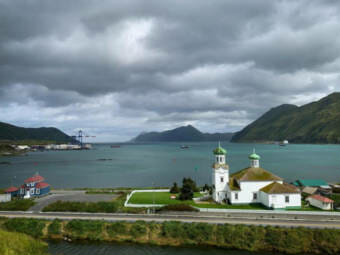 Largely insulated from COVID-19, Unalaska is watching its wastewater for signs of trouble

While the island has yet to see widespread transmission of the virus, local health officials say they anticipate more positive cases with the upcoming influx of workers for the winter fishing season. 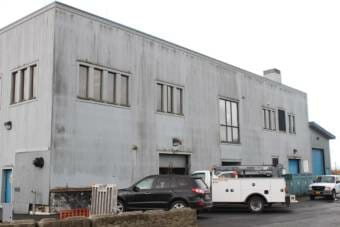