The impetus was not the destructive slide in Haines this week, but the Oso landslide in Washington state. That one was in 2014, and it killed 43 people.

Representative Suzan DelBene of Washington has been working to get the bill passed since she first introduced it in 2016. She says it will improve landslide science and better prepare communities.

“As the Oso landslide demonstrated, simply sending aid after a tragic natural disaster is insufficient,” DelBene said. “We need to do more to fund programs and research efforts to prevent natural disasters from becoming national tragedies.”

The Senate passed a similar bill already but still must pass the revised version. DelBene’s staff said that was highly likely.

The bill would establish a program that would be part of the U.S. Geological Survey. Among other things, it would create a public database of landslide hazards and expand an early warning system for debris flows. 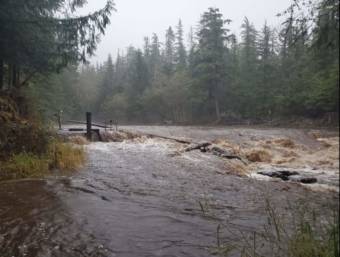 Local and state transportation crews are responding to landslides that are blocking roads on Prince of Wales Island. 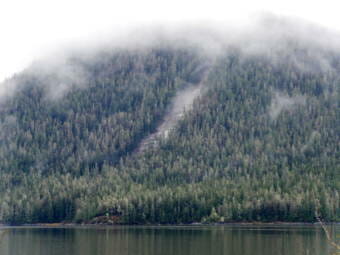 A sizeable portion of the hillside above Mountain Point on the Kupreanof shoreline has been cleared of trees and mud. 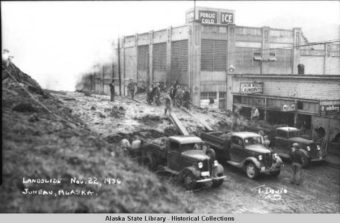