Alaska Gov. Mike Dunleavy and state health officials announced Thursday that the total number of confirmed COVID-19 cases in Alaska has grown to 12.

The case count has risen every day this week, and includes patients in Anchorage, Fairbanks, Ketchikan and Seward. The test results announced today add two more cases from Fairbanks and one more from Ketchikan to the list.

Alaska Chief Medical Officer Dr. Anne Zink said the new cases in Fairbanks were not related to the patients having traveled out of state, as with the earlier cases, indicating that the virus has spread in Fairbanks.

“It is troubling that neither of those patients had traveled in the past 14 days,” Zink said.

Catch up on the latest news about the coronavirus in Alaska.

Zink said health officials are trying to determine how the new patients came into contact with the earlier patients.

“What’s hard about this virus is it’s moving at an exponential rate,” Zink said, asking Alaskans to restrict their movement in their communities and to practice good hygiene, including frequent hand-washing.

Related: Anchorage airman is among those who have tested positive for COVID-19

Dunleavy said he was on a phone call this morning with President Donald Trump and the governors of other states, many of which Dunleavy said had been hit harder than Alaska.

“To this date, we’ve had no deaths in the state of Alaska,” Dunleavy said. “And we’re going to continue doing everything we can to prevent any deaths in Alaska.” 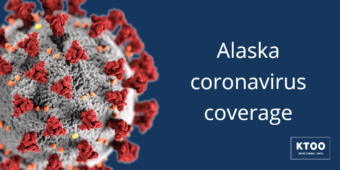