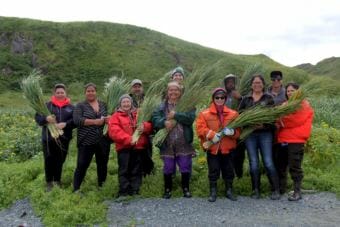 In 1942, there were 44 people living on Attu Island, nearly all Alaska Natives. They were taken as captives to Japan, where half of them died. And after the war, the federal government forbade them from returning. In August, a group of 11 descendants finally visited their ancestral home for the first time.

When it finally arrives in Unalaska next week, the Shin Onoe will be one of the biggest vessels to ever stay in port here. It’s 150 feet wide, with a 60 foot draft when it’s full of coal, soybeans, or iron. 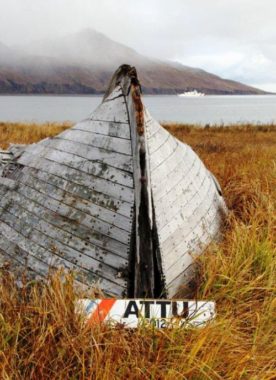 The fog enshrouded island doesn’t get many visitors, but earlier this month, the U.S. Coast Guard Cutter Sherman and some of her crew called, each with their own unique tie to Attu.