The organization opposing the recall campaign against Gov. Mike Dunleavy drops its legal appeal of the recall,
U.S. Sen. Lisa Murkowski says many of President Donald Trump’s policies have been good for Alaska but she won’t hesitate to call him out when she thinks he’s wrong,
emails from the Pebble Partnership show its efforts to lean on Gov. Mike Dunleavy for help last summer,
hundred gather for an Elizabeth Peratrovich Day celebration in Juneau,
Juneau’s Care-a-Van service gets a new name,
Alaska Native villages and other tribal entities in Alaska are getting $98 million in federal housing grants, and
Alaska regulators establish a new dipnet fishery on the Susitna River.

In this newscast: a House committee prepares to hear public testimony on a bill that would make Alaska more consistent about recognizing tribes, the EPA says Alaska led the nation in 2018 for toxic chemical releases, a major seafood processing plant getting put up for sale raises questions about King Cove’s future, Bering Sea ice reaches its normal extent, and Iditarod Trail Sled Dog Race volunteers begin prepping for the race. 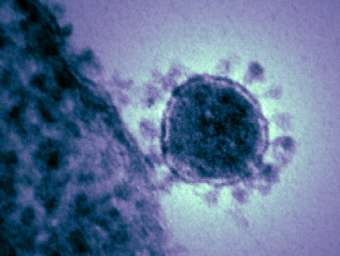 It’s very similar for preparing for the regular flu season. 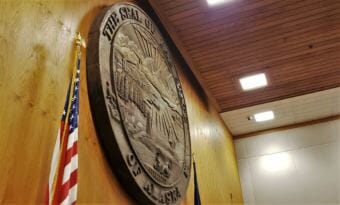 An intrastate case raised grand legal questions about poor, rural Alaskans’ access to the justice system. Yet it was also an exercise in budgetary semantics with almost no practical effect — except for running up publicly funded legal bills.

A Superior Court judge rules that the effort to recall Gov. Mike Dunleavy may proceed,
officials release 32 pieces of legislation state lawmakers have filed ahead of the legislative session,
the state Department of Corrections is behind schedule on moving inmates to private prisons in the Lower 48,
Ketchikan’s borough mayor wants to use cruise ship passenger fees to build a 40-acre park,
potential buyers kick around ideas for the site of a former sawmill in Wrangell that’s up for sale,
a juvenile justice worker sues the state seeking $19 million in a sexual harassment lawsuit,
city officials warn residents to take measures to keep their pipes from freezing, and
a small town in Michigan is buying an odor-detection device to crack down on the skunky smell of homegrown marijuana.

Lawyers for Gov. Mike Dunleavy and an effort to recall him from office prep for a court hearing,
organizers of a ballot initiative to fundamentally change how Alaska holds its elections turn in signatures,
the Army Corps of Engineers announce $611 million expansion plan for the Port of Nome,
a Coast Guard technician convicted of killing two co-workers in Kodiak in 2012 is sentenced to life in prison,
a working group shares nine recommendations they think will fix the Village Public Safety Officer program,
state analysts show Alaska’s population has fallen to the lowest level since 2012,
former Gov. Bill Walker is chosen for a Harvard fellowship, and
the National Weather Service changes its high wind watch for Juneau to a high wind warning.

Alaska’s U.S. Sen. Lisa Murkowski says she’s undecided on a war powers resolution that tells President Trump to cease military hostilities against Iran,
Anchorage Mayor Ethan Berkowitz asks state legislators to give part of the Alaska Permanent Fund to municipalities,
national climate experts say Alaska had its warmest year on record in 2019,
new documents show the Arctic Slope Regional Corp. got a big payout when Congress opened part of ANWR to drilling,
an Alaska nonprofit hosts a series of suicide prevention listening circles in Kotzebue aimed at young people,
law enforcement shoot and kill a man they were attempting to arrest near Delta Junction,
Washington state health officials confirm 19 deaths from the flu so far this season, and
the National Weather Service issues a high wind watch for the Juneau area.

The Public Defender Agency responds to a critical report from Gov. Mike Dunleavy’s administration,
fishing for six species of rockfish has been banned across Southeast Alaska  for the entire year,
the Coast Guard suspends its search for a kayaker that went missing near Sitka,
residents and officials get together at a townhall meeting in Soldotna after an assault on an LGBTQ activist,
more than two dozen tribal groups oppose a federal land-use proposal that could open large areas of wilderness to mining,
2019 is now the warmest year on record in Bethel,
new laws limit how much alcohol people in Bethel can possess,
Shishaldin Volcano in near Cold Bay spews ash again,
Wasilla Republican Rep. Colleen Sullivan-Leonard says she won’t run for reelection.

An Army spokesman says no additional Alaska troopers are set to be deployed abroad after U.S.-Iran hostilities,
the Coast Guard advises mariners to carry alternative communication devices while they work on restoring VHF relay services,
warnings continue near Haines after a fatal snowboarding avalanche,
the Douglas Indian Association is holding a tribal council election,
Sen. Donny Olson highlights how impractical getting REAL IDs is for rural Alaskans,
a volcano in the Aleutians sends an ash cloud up to 24,000 feet,
tariffs at the Port of Alaska are going up, and
an Iowa police officer organizes a gear drive for Savoonga’s police force.