It was raining softly at the Douglas Harbor when Candi Spicer popped out of the 30-foot sailboat she just started renting. She grew up on boats in California and is used to being on the water.

“I think it’s a little rustic,” she said. “I love it though. I think it’s very nostalgic.”

Silver insulation lines the walls inside, but she has plans to cover that up. There’s a bed, a bathroom with a shower and a small kitchen. The stove doubles as a heater. She says it’s nice falling asleep to the gentle rocking of the water in the harbor.

Spicer is the latest recipient of an Alaska-specific grant that helps people who are homeless maintain one year of housing — even if it’s alternative housing, like this boat. She’s one of about 1,800 people statewide who have gone from insecurity to stable homes through the program.

Quarters on the boat are tight, but Spicer says it’s a big step up from the last two years. She was homeless after some relationship trouble when she first got to Juneau.

“I found myself walking down the street with a backpack, not knowing where I was gonna go,” she said.

She was new enough in town that she didn’t have a safety net of friends and family, so she ended up in the shelter system.

“The Glory Hall, the warming center and stuff like that — those are supposed to be stepping stones. They’re not supposed to be life choices,” Spicer said. “So two years ago, I was walking down the street. And now it’s like, I have a job. I have a car. I have a place of my own.”

A tailored solution, with a shortfall

The flexibility of the grant is unique — usually federal housing money can’t be used to rent non-traditional housing like boats, hotel rooms or rooms in a home. The program side-steps these requirements. The Alaska Housing Finance Corporation, the state’s housing authority, designed it specifically for Alaskans, and for the realities of Alaska housing.

Luke Vroman manages the grant program with Juneau’s homeless shelter. He says the Glory Hall has placed 175 people in the program, and it’s saved the shelter from overcrowding.

But a year may not be enough time for all of them to find longer term solutions.

This grant has been effective at getting people out of vulnerable or unsafe living situations, but keeping them on track for permanent housing is much harder to accomplish.

The typical path to long term stability from homelessness involves a Section 8 voucher, which is federal rental assistance. But the wait time has ballooned over the last year or so, according to Vroman.

“Since the program started, the waitlist has gone from 12 months to like 19 to 24 or something. So nobody’s name has come to the top of the list,” he said.

Even if some of the 175 people in the program had gotten Section 8 vouchers, Vroman says there’s simply not enough affordable housing for them. He estimates Juneau needs 300 more affordable units to solve the problem.

A problem that keeps getting worse

“It’s a national problem,” said Bryan Butcher, the Housing Finance Corporation’s executive director. He said that 30 – 40 years ago, there was a severe lack of housing in rural areas, but the crunch wasn’t as bad in bigger cities.

“That has changed. It’s now statewide, it’s in our regional hubs. It’s in our cities,” he said. “And as the affordable housing crunch has gotten worse in the larger areas, that tells you it’s probably and certainly gotten even worse out in the rural areas.”

Butcher said the program has been a good use of the federal funds. He said they’re already seeing people move out of the program into their own apartments because the stability of housing allowed them to find work and daycare — pieces that are almost impossibly hard to put in place while navigating homelessness.

He says the housing authority didn’t anticipate how many communities would participate, nor the number of people that would sign up.

“The positive is we’re able to help a lot of people,” he said. “The negative is there are a lot of people in this more dire situation that needed the help in the first place.”

Candi Spicer is a likely success story for the program. While the grant pays her rent for a year, she’s saving to buy the boat outright. 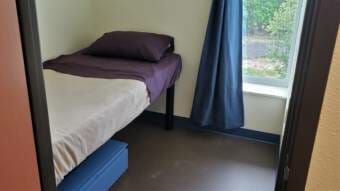 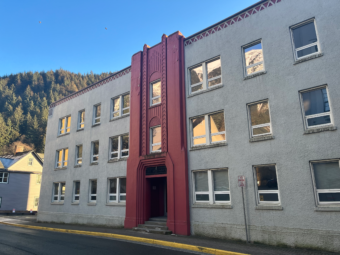 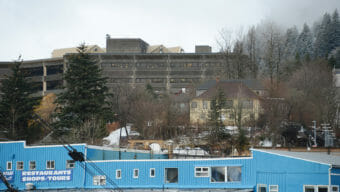 Historic neighborhood, once envisioned for new Alaska Capitol, is given away by the state