Bronson abruptly fired Demboski last month after she served in one of the city’s top jobs for a year and a half.

The 11-page letter to city leaders says the firing was retaliatory and unlawful. In the letter, Demboski’s attorney, Scott Kendall, says Bronson fired Demboski for trying to convince him to “cease unlawful and unethical activities using municipal resources” and also slandered her to municipal staff and attempted to coerce other employees to do the same.

The letter goes on to detail a lengthy list of “legal and ethical lapses” in Bronson’s tenure. It says if the mayor wants to avoid litigation, he should reach a settlement with Demboski, plus issue a written apology and correction.

The mayor’s office declined to comment on the letter Wednesday.

The allegations in the letter include that the mayor directed several contracts to advisor Larry Baker without approval of the Assembly or the municipal manager. Three of those contracts, each totalling $29,500, were issued to Baker in short succession, according to the letter. By law, contracts over $30,000 have to go through the Assembly, and the letter describes the action of issuing several small contracts to Baker as “a disingenuous scheme” in violation of the law.

The letter also accuses Bronson of firing a city employee who refused to “swing” a contract to a close associate’s friend, unlawfully turning off the city’s water fluoridation and directing work on the proposed East Anchorage shelter without Assembly approval. Kendall asserted in the letter that Bronson’s actions related to unsanctioned work on the shelter likely make the city liable for between $3.9 and $4.9 million.

Anchorage Assembly vice-chair Chris Constant, who received a copy of the letter, calls the allegations shocking but believable. He says some of the claims, like those related to the navigation center and water fluoridation, have already been proven.

“Many of the allegations appear to be true,” Constant said. “Our own records show it. And so, Ms. Demboski has asserted, or alleged, that all of these things happened. That’s shocking, but it’s now to the point where it’s not beyond belief.”

Assembly members approved an ordinance last year that creates a process for the Assembly to remove a mayor for “breaching the public trust.” The ordinance was initially vetoed by Bronson, but the Assembly overrode him. Constant, the original author of the ordinance, stopped short of saying whether the allegations brought forward in the letter amount to removable offenses, but he says he’s heard from community members who believe they do.

“I don’t want to see disruption at the level that such an action would cause,” Constant said. “But we have to see where the facts lead us.”

In the letter, Kendall, Demboski’s attorney, also detailed an instance where Bronson allegedly attempted to have domestic violence charges dropped against a business partner of Baker’s, the advisor, and that during a separate incident, he brought a firearm to Baker’s home as police responded to a domestic disturbance there.

Bronson is also accused in the letter of illegally delegating contracting authority to the city’s purchasing director, Rachelle Alger, without the approval of the Department of Law. That authority would normally fall under the municipal manager.

Plus, the letter alleges numerous instances of sexist actions from the mayor and senior staff that it says amounted to gender discrimination. It says Bronson chastised Demboski for critiquing a male employee, “telling her that this subordinate ‘employee is a man’ and making clear to Ms. Demboski that she wasn’t to speak to a man ‘that way.’” The letter also describes an instance of a senior staff member close to the mayor, “passing out genitalia-shaped cookies to the staff.”

Officials with Bronson’s office declined to comment on the letter, citing advice from the municipal attorney not to discuss issues related to potential litigation.

Anchorage Assembly leaders say they’re reviewing the contents of the letter and preparing a formal statement in response.

The letter says if Bronson wants to try to reach a settlement “and avoid involvement of the court system,” his lawyers must contact Kendall by Jan 18. 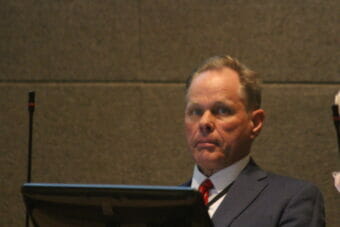 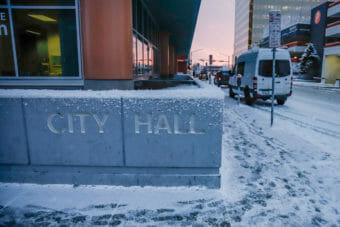 The ombusdman described the complaints as, “serious, chilling allegations — even if no videos have been pulled.” 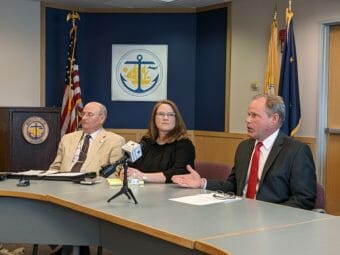