Juneau Public Health officials say this flu and respiratory virus season is likely to be more severe than usual.

“This month, we’re seeing a lot more flu than what we usually would. Which makes us a little bit nervous,” said Alison Gottschlich, nurse manager for the Juneau Public Health Center. “It’s hitting us earlier.”

She said she’s seeing prolonged and severe illness this year.

“It seems like the flu this year is really hitting people, and they’re pretty miserable,” she said.

This year’s flu season is also much earlier than in previous years. Alaska typically sees the flu season start in December or January.

State health officials say it likely has not yet reached its peak.

Gottschlich said Juneau is also seeing some cases of respiratory syncytial virus, or RSV. The virus is usually mild but can be dangerous for children and elders.

RSV is surging in the Lower 48. Gottschlich said that’s a red flag for Alaska.

Gottschlich pointed to overwhelmed hospitals in the Lower 48, and even some Alaska hospitals that are reaching capacity — particularly for pediatric beds in Anchorage and Northern hospitals.

In Juneau the effects have not been so dire, but she said there’s anecdotal evidence that respiratory illness is circulating in the community.

“I’ve noticed there’s been a lot of school absenteeism and, you know, hearing about a lot of kiddos who are just sick and missing out on things, people calling out of work,” said Gottschlich.

Juneau School District officials say absences were elevated before Thanksgiving, but are now normal for this time of year. The district confirmed that students have tested positive for RSV.

Erin Hardin, a spokesperson from Bartlett Regional Hospital, said they see five to seven flu or RSV patients every day.

“We’re definitely seeing a lot of RSV cases coming into the emergency department, and that includes both adults and pediatric patients. Most have been able to discharge and go home after being seen. But we have had a few kids admitted into the hospital due to RSV,” she said.

She said there’s been an average of one pediatric patient who stays in the hospital per week.

Hardin said the uptick in patients has not affected hospital capacity.

Juneau Public Health offered some guidance to keep illness from spreading over the holidays: stay home if you’re sick, wash your hands, get a flu and COVID-19 vaccine and don’t kiss little children and infants on their faces or hands. 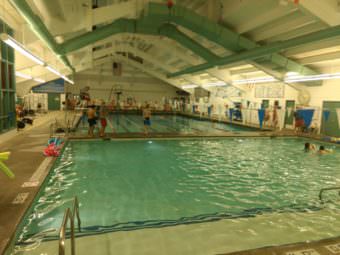 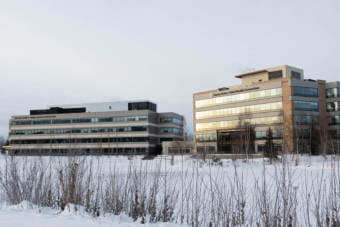