A black bear cub euthanized at Glacier Bay National Park this fall is the first in the country to test positive for a highly contagious strain of bird flu. Park visitors alerted wildlife officials after they noticed the animal’s strange behavior.

The cub was having a hard time walking and struggled to keep up with its two siblings and mother at Bartlett Cove in Glacier Bay National Park.

Kimberlee Beckmen is a wildlife veterinarian for the state’s Department of Fish and Game. She says concerned park visitors captured videos of the cub in October.

“They thought it was drunk — it was stumbling, and then was abandoned by the mother,” Beckmen said in a phone interview Tuesday.

Those symptoms are common with the strain, also called H5N1. It causes exhaustion and neurological problems like seizures.

Beckmen says the bear had no chance of survival at that point.

“It was very sad to see the animal (was) not going to recover,” she said. “Its brain was swollen, and it would have died, probably within hours, had it not been euthanized.”

After euthanizing the cub, scientists took swabs and a sample of the bear’s brain to test for  rabies and canine distemper. They sent the samples to labs in Washington and New York for analysis.

“We do test all wildlife that die with clinical signs or that are suspicious of having inflammation in the brain — encephalitis — for rabies,” she said. “We had to do the rabies testing on this animal before we could test it for high-path AI because of the risk from the tissues if it was infected with rabies.”

It’s the first time the strain has been spotted in an Alaska bear. Wildlife officials say two foxes have also tested positive this year — one in Unalaska and one in Unalakleet.

Beckmen says the only other bear diagnosed with the strain was an adult female black bear in Quebec.

“Because it was the first report in the U.S., that makes it reportable to the World Organization for Animal Health. They’ll report (to) the federal government … because of it being considered a foreign animal disease and of international importance, it’s reportable,” she said.

Beckmen says the cub found at Bartlett Cove was likely infected after scavenging a sick or dead bird.

“They have to inhale a large dose (of the virus) while they’re scavenging infected birds, then get that virus laden into their respiratory passages,” she said. “It does not go bear-to-bear.”

Animals can also become infected by the virus by ingesting water that has been contaminated by sick waterfowl. She says the risk to humans is very low — just four people have tested positive for the H5N1 flu worldwide, and just one in North America.

But the virus has devastated poultry and wild birds — nearly 50 million have been killed or euthanized this year alone, according to the CDC.

Wildlife officials say residents should report sick, orphaned or dead animals to the Alaska Department of Fish and Game. 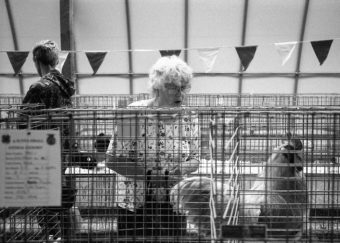 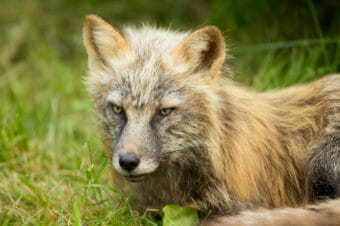 Wildlife officials say the animals were most likely feeding on birds that had died from the H5N1 avian influenza. 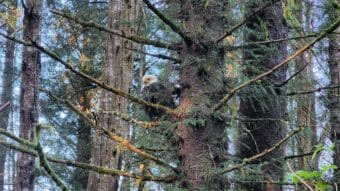