A salmon hatchery operator in Prince William Sound has agreed to pay a $1 million fine for hazardous waste violations.

Prince William Sound Aquaculture Corp. pled guilty to illegally burning fuel and waste at its hatcheries, which led to a worker being seriously injured.

Alaska has 25 private nonprofit salmon hatcheries in the state, most of which are in Southeast Alaska. Prince William Sound Aquaculture Corp. operates five of them in remote locations, three of which are state-owned.

The hatcheries collect salmon eggs from indigenous DNA lines, fertilize and incubate them indoors, rear them outdoors in pens until they are big enough to be released into nearby waterways.

What led to the U.S. government charging the regional hatchery operator and the $1 million fine was years of illegally disposing of hazardous waste.

In 2013, there was a 400-gallon diesel spill, which resulted in the state suing the corporation and a few hatchery employees. That resulted in a $55,000 fine from state environmental monitors. The operator was also required to hire a consulting firm, Nortech Environmental Engineering & Industrial Hygiene Consultants, to create an environmental compliance plan for all five of its hatcheries.

The consulting firm noted that the Cannery Creek Hatchery had no formal waste management plan, that it was storing new and used oil products in various locations without appropriate containment and that it was burning solid waste in an open pit.

Five years later, in 2018, one of the hatchery’s workers was severely injured while tending to a burn barrel with leftover jet fuel in it. He was medevaced out for care.

Later, when the federal Environmental Protection Agency investigated the site, the agency found that the hatchery was still burning drums of fuel.

Other hatcheries were mentioned in the plea agreement, which states, “The disposal of drums containing used oil was a long-standing issue at PWSAC’s hatcheries.”

The Prince William Sound Aquaculture Corp. eventually hired a contractor to remove “several tons” of hazardous waste from its hatcheries, according to the plea agreement.

In addition to the $1 million fine, the corporation has agreed to five years of probation during which time they’ll follow an environmental compliance plan.

Jeffrey Robinson, an attorney who is representing the hatcheries, said he could not comment on the case until it concludes.

A spokesperson for the U.S. Attorney’s Office said the sentencing is expected in about three months but declined further comment.

The salmon produced in the Prince William Sound hatcheries make up about 45% of the harvest value in the region, or around $50 million a year.

Right now, it takes years for money to reach skippers and their crews.

Alaska’s salmon worth $720 million this year

Sockeye salmon made up about two-thirds of the state’s total value this year, mostly due to the record-breaking Bristol Bay fishery. 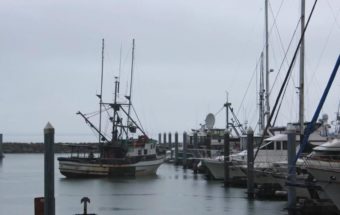 Southeast’s salmon harvest was half as large this year, but worth millions more

Southeast fishermen harvested more than 80% of the king salmon statewide this year.