My, oh my, did the votes make a splash yesterday: young 164 Bucky could not hack his way into a win against mega mom 435 Holly, and 747 continued to bulldoze the big but not biggest bear (sorry 32 Chunk) like the behemoth he is.

These quarterfinals are not for the faint of fur! Entering the bracket today is none other than the mightiest mama bear 128 Grazer, and defending Fat Bear Week Champion, King Otis.

Heard you’re into bad girls so may I introduce you to: 128 Grazer. This bear does not bury the lead. What you see is what you get and things get grazy real quick if you so much as even wonder about thinking about writing about looking at her cubs. (looks side to side) (laughs nervously)

Grazer’s got a razor sharp heart and she wears it on her claws. Some bears avoid prime locations with their offspring, but Grazer doesn’t believe smaller bears need to live smaller lives. She asserts, she protects, she fights the power. She is a warrior, like her mother before her.

To be a mother against the world is an expensive way to live. You spend all your energy looking over your shoulder, charging, brawling, getting injured. There is little left for rest or recovery. With her first litter Grazer was so formidable she forgot to take time to eat. By mid-summer, she was still nearly as thin as spring. In this way, anxiety can attack a creature from the inside. Grazer was an astounding protector of her offspring, but who would protect Grazer?

We all have survival instincts. Sometimes something that kept us safe at one point in our lives may no longer serve us later, and in fact, may harm us. Grazer had to learn which survival instincts were worth keeping, and which ones needed adaptation. One step at a time, one day at a time, Grazer moved closer to the Falls. Over time she grew comfortable enough to gaze away from the perimeter and cast it into the water, fishing. Where she used to only see threats, she could eventually find rewards.

Sure, 151 Walker was born with a brag-worthy booty, but Grazer had to learn to put her girth on first before assisting others. It was a fat her family needed. Grazer dared to self-care, maybe the bravest fight she’s started.

901 showed some rolls and the crowds went wild. Like everything she does, she didn’t just win by a little. It’s clear that her haunches have heft. But can she really take on … 480 Otis? The Bear. The Myth. The Legend.

Otis is one of the oldest bears at Katmai National Park and Preserve; they say that today and they said that on the day he was born. They call him Zenmaster Otis, the buddha bear of Brooks River. They call him the King. They say he doesn’t fish; the fish come to him (#jedimindfish). When he growls, it rains. When he eats, it shines. Every time he blinks, somewhere a broken heart heals. They say he taught the pirate how to fish, the bear with no name who survived by stealing.

I heard he once swallowed a waterfall whole. I heard he picked a dozen forget-me-nots and gave them to your mother.

Otis holds more Fat Bear Week titles (2014, 2016, 2017, 2021) than any other bear at Katmai and it’s not because of his size or strength or killer considerable dad bod. He is in a fat league of his own. There could be a hundred bodacious bears in the river and folks would only have eyes for Otis. #TeamOtis spans the globe. For many bear cam aficionados, he is (as a fellow fat bear enthusiast put it) The Gateway Bear. Even me, shameless campaigner for a 2022 Holly title: I am, right now, drinking a cup of coffee from a mug with a drawing of Otis on it.

Will colossal King Otis keep his crown or will he be overthrown by giant Gen Z 901? You decide!

Poet and writer Christy NaMee Eriksen is a Kundiman fellow and three-time Rasmuson Foundation awardee who lives in Juneau. She is writing about Fat Bear Week 2022 for the Anchorage Daily News. 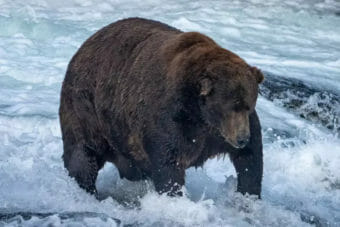 Voters don’t rely on size alone when casting their ballots. But this year, they went with the chunkiest choice. 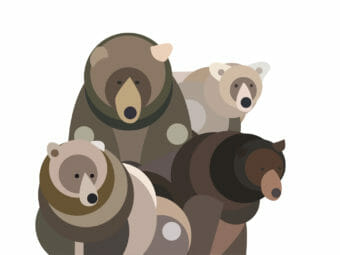 Crowning the champion of chonk: Historic heavyweight matches up with rotund rookie in Fat Bear finals 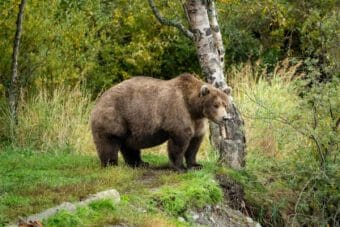