A candidate for Ketchikan City Council said he was ending his campaign — and then reversed himself — after KRBD asked him about domestic violence restraining orders tied to his relationship with an 18-year-old woman when he was 46.

Dave Timmerman pleaded guilty and served time in jail for violating one of the protective orders, court records show. He filed on Wednesday to run for a one-year City Council seat.

The woman, whom KRBD is not naming to protect her privacy, worked for Timmerman in the summer of 2016, according to a sworn statement she filed with the court in late 2017. She said in the petition for a domestic violence restraining order that she and Timmerman started dating in early 2017, weeks after she turned 18.

“The relationship was controlling and manipulative,” she said in a handwritten statement to the court. “He often would scream or intimidate me when arguing. He scared and guilted me into continuing the relationship for longer than I desired. Towards the end of our relationship he became obsessive; driving by events I attended, and threatening suicide, when I expressed my dislike for the behavior (and) the relationship.”

When she broke off the relationship in late September 2017, she told the court that Timmerman showed up at her workplace.

“He began screaming outside, and then came in and waited until I would come (and) talk to him,” she said. She said Timmerman called and texted her repeatedly for weeks.

Timmerman said at the time that he didn’t refute much of the woman’s account, according to court records.

“She needed space and time, and she told me that, and I had a very hard time giving her that for the next couple of weeks,” Timmerman said, according to a recording of court proceedings.

The judge granted a 20-day restraining order but denied the woman’s request for a longer protective order.

Hours before the 20-day order expired, Timmerman attempted to contact her on Snapchat, the woman said in a petition for a subsequent restraining order.

Magistrate Judge Amanda Schulz then granted a one-year protective order, finding that Timmerman had, more likely than not, stalked or attempted to stalk the 18-year-old and violated the prior protective order. The judge said Timmerman was “a credible threat to the physical safety” of the woman.

The following year, Timmerman pleaded guilty to a misdemeanor charge of violating the protective order as part of a deal to resolve another outstanding case.

In that case, Timmerman was arrested and charged with felony witness tampering and misdemeanor assault after driving his car onto the sidewalk and confronting a wheelchair-bound witness in a case involving his mother-in-law. He was running for school board at the time.

The felony charge was dropped after Timmerman pleaded guilty to the assault and protective order violation, according to court records. He was sentenced to 20 days in jail.

Timmerman disputes the witness’s account in the tampering case. He said Friday that he took the plea deal to avoid putting his family through a lengthy public court case.

The year before Timmerman began his relationship with the 18-year-old, high school volleyball players and their coach said he sexually objectified team members when he asked dozens of community members whether the players’ shorts were too short.

Timmerman apologized and admitted to surveying approximately 50 people about the players’ attire, but he said he was trying to protect the players. He was a member of Ketchikan’s school board at the time.

In an interview on Friday, Timmerman defended asking about the volleyball players’ shorts. He said other students told him that the uniforms had discouraged them from trying out for the team.

But Timmerman said he does have some regrets about his relationship with the 18-year-old.

“There’s always regrets,” he said. “Different decisions would have made different outcomes for sure.”

Timmerman initially said his past conduct shouldn’t influence how voters feel about his run for City Council. But in a message shortly after the interview, Timmerman told KRBD he planned to withdraw from the City Council race.

“I’m pulling my name from the ballot if it’s not too late,” he said, asking KRBD not to publish information about his history. “If you could hold off on anything about me it would be appreciated.”

“Everybody knows me in town, and I’m not that worried about it,” Timmerman said in a subsequent phone interview. “If people can choose at the ballot box what they want — there’s three of us running — I think that’s good.”

The headline and story has been updated to reflect Timmerman’s change-of-mind about ending his campaign. 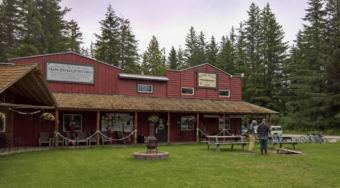 The community of about 650 residents had three open city council seats on the ballot this year. 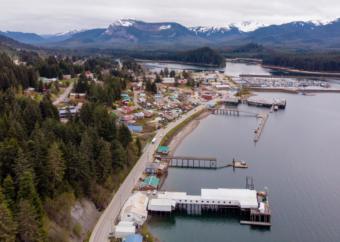 Two city council seats, one school board seat and a liquor board seat were on the ballot in Hoonah. 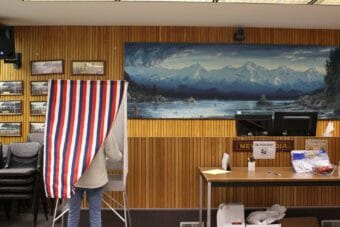 We don’t have all of the results in this year’s election yet, but we do know who will serve on the Juneau Assembly and the school board.