“Lakes seem, on the scale of years or of human life spans, permanent features of landscapes, but they are geologically transitory, usually born of catastrophes, to mature and die quietly.” — George Evelyn Hutchinson, “A Treatise on Limnology,” 1957.

Harry Potter Lake did not die quietly. Water in the basin on Alaska’s North Slope cut through a 30-foot strip of tundra in early July 2022. The lake then roared into a creek. The creek swelled like a python for a day, robbing Harry Potter Lake of the majority of its water.

Scientists know this because they were watching the lake with game cameras and satellite images.

Chris Arp of the University of Alaska Fairbanks Water and Environmental Research Center named Harry Potter Lake because his daughter was enjoying the book series when he first encountered the lake. It also somewhat resembled a wizard’s hat when seen from above.

Arp and other scientists were monitoring the lake because it’s in an area oil companies are considering for development. The lake was large enough that while standing on one side of the water-filled oval in that flat, buggy landscape, you could not see the far shore.

During field work four years ago, Arp noticed that the lake basin was perched 10 feet above the creek level. If gravity had its way, lake water would some day make it into the creek.

Arp noticed a trickle of water between the lake and the river in summer 2021. When he returned this summer, the water was doing its thing.

“By late June that water had begun to cut a major niche, which increased the flow and caused it to erode even faster,” Arp said from Deadhorse after returning from the lake basin in mid-August. “We realized then it was going to go soon.”

Judy Kayaak Creek — the nearby stream that received all that water — flows into larger drainages that empty into the Arctic Ocean northwest of the village of Nuiqsut.

On July 7, 2022, the erosive power of the water cut a new channel, sending a torrent of lake water flooding into the creek.

Judy Kayaak Creek pirated almost the entire volume of Harry Potter Lake in about 24 hours. The creek raged with 100 times its normal volume during the peak flow.

“It was probably strong north winds in early July that ultimately pushed enough water over that outlet to trigger the failure,” Arp said.

Alaska’s treeless North Slope is peppered with lakes that have formed because of surface water that thaws frozen ground. Those lakes have emptied themselves for at least 10,000 years or so, leaving behind scars on the landscape and fertile places for new plants.

Drained lake basins make up more than half of the Arctic coastal plain, the part of the Alaska map that most resembles Swiss cheese. 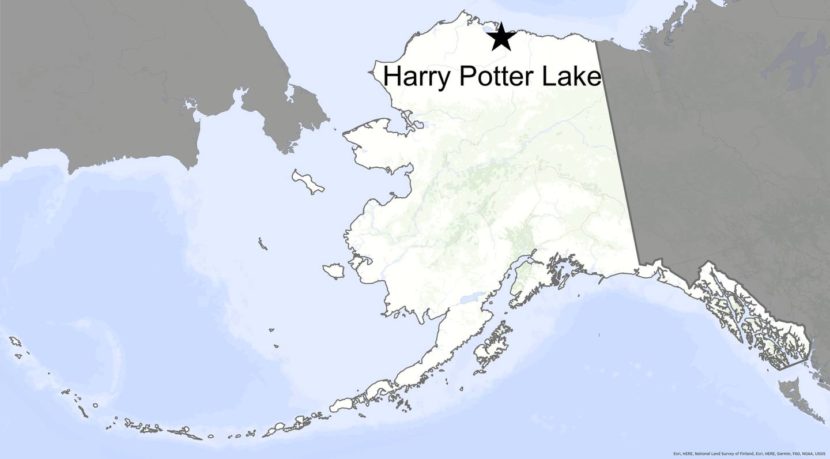 The disappearance of Harry Potter Lake is “kind of a tree falling in the forest type of thing,” according to Arp. Rarely do people get to see it.

And no one saw the breach this time — except for the cameras standing on posts near the new outlet of the lake and satellites orbiting 500 miles overhead.

Meteorologists at the National Weather Service warned the residents of the village of Nuiqsut, who might have fish camps along the creek, to be watchful for the sudden pulse of water (which did no reported damage).

Other living things have noticed the absence of Harry Potter Lake. Arp flew over the basin one last time on Aug. 15. He noticed it was full of ducks, shorebirds and other waterbirds attracted for some reason to the ponded, muddy lake bed.

“It was kind of amazing how fast they moved in,” he said. 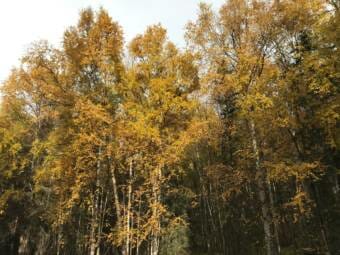 Alaska waters can be teeming with giardia, as this science writer knows too well