The majority of voters going to the polls Aug. 16 will likely be choosing one of three candidates for Alaska’s U.S. Senate seat as their pick-one primary option: incumbent Republican Lisa Murkowski, Republican Party-endorsed Kelly Tshibaka or Democratic Party-endorsed Patricia Chesbro. It’s the top four candidates, though, who will advance to the November ranked choice voting general election.

Sixteen other names are on the ballot. When asked who the fourth candidate will be, most political insiders didn’t know or hadn’t given it much thought. But a few names float to the top.

“I think it is anybody’s guess,” said Amber Lee, communications and political consultant based in Anchorage. “There are some people who have run multiple times, like Edgar (Blatchford), who may have slightly more name recognition, but it could literally be anyone.”

Lobbyist and political consultant Jim Lottsfeldt similarly said he had “no clue.” He wasn’t familiar with the rest of the candidate pool and considers the competition for the fourth seat a “jump ball.”

“I mean, I guess I could imagine that some people go, ‘Oh, Professor Blatchford, I know him from UAA,’ or, ‘Edgar Blatchford, he was a commissioner under Frank Murkowski.’ You know, he’s run a couple times so Edgar will get some votes,” said Lottsfeldt, who works for a super-political action committee for Lisa Murkowski.

Blatchford, an Alaska Native candidate, ran for the U.S. Senate Democratic primary in 2016 and received 33% of the votes, or second most, behind Ray Metcalfe’s 50%. He ran again in 2020, getting 8.7% of the primary vote, second behind Al Gross’s 79.8%. In 2018, Blatchford ran as a Democratic candidate for lieutenant governor but dropped out. He’s taught at the University of Alaska Anchorage; served as commissioners of two Alaska state departments; and is a former Seward mayor. He ran for Anchorage school board in 2021, placing fifth among six candidates for the same seat.

John-Henry Heckendorn, a partner at campaign management firm Ship Creek Group, said Blatchford could break into the top four due to name recognition, though added that undeclared candidate Huhnkie Lee, has “a niche cult following.”

“He’s actually running some ads that are mostly built around hype, which struck me as like, if you’re talking about somebody who can scrape together 5% of the vote, maybe there’s something there,” Heckendorn said.

At $22,464, Lee has fundraised the most money as of June 30 after Murkowski, Tshibaka and Chesbro. Lee, a Wasilla resident and attorney, is listed as a presidential candidate by the Federal Election Commission, with a fundraising committee formed before the 2020 election; his Medium website says he’s running for President in 2024.

Other U.S. Senate candidates to raise money are independent Shoshana Gungerstein, with $15,365, and Libertarian Sean Thorne, with $4,497, as of June 30.

Among political insiders, Gungerstein, who lists a Juneau address, was mostly a mystery. The Juneau Empire reported Gungurstein was “emphatically vague on the details of her work and life.”

“I have not run a primary question on it, but I have run a few generals and so have given some thought to who, out of the list of people who have filed, has the best chance of making that final four,” Moore said.

His conclusion is that it will be one of two candidates. One is Dustin Darden: “For better or worse, because the dude has name ID. It’s not always good name ID but it’s still name ID,” Moore said.

The poll conducted by Alaska Survey Research had Darden coming in with 5% of the vote in round one of the vote count.

Darden, who listed Alex Jones’ Infowars as his campaign website with the Alaska Division of Election, has filed to run for numerous Anchorage and state elections. He’s known for his political signs, running an anti-fluoride campaign, and disrupting Anchorage Assembly meetings, among other things.

“And then the other guy is Sean Thorne, who is the Libertarian, and Libertarians tend to be fairly loyal third-party voters,” Moore said.

Another way a candidate could emerge in the number four spot is if “some other political interest decided to prop them up” because it would be advantageous for one of the competitive candidates, Heckendorn said.

For instance, “maybe the Murkowski campaign decides that Dustin Darden might pull a few votes from Tshibaka, because Tshibaka would be the competitive candidate most closely aligned with Dustin Darden, but I have not seen any evidence that that’s happening.”

Moore said whoever comes in fourth is “completely irrelevant because they’re going to get eliminated first and then it’ll be down to a three-person race.” Long-time political consultant Art Hackney echoed the sentiment, calling the fourth person “immaterial.”

Ephraim Froehlich, managing principal at policy consulting firm AKWA-DC, disagrees. He said the fourth slot winner is “vitally impactful” for the results of a ranked choice vote general election. Froehlich was on the advisory board for Alaskans for Better Elections in November 2020 when ranked choice voting was on the ballot.

“That fourth candidate will likely be eliminated first, and thus their votes redistributed. If it’s a candidate with polarizing views in any direction, Murkowski is unlikely to get their second-place votes. If it’s a more centrist candidate like Gungerstein, who is spending significant targeted online ad dollars, Alaska’s senior senator will benefit. In any case, the importance and result of that fourth-place slot cannot be ignored.” 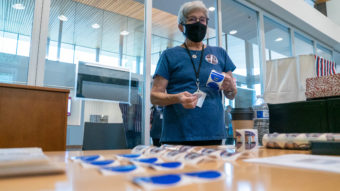 U.S. Sen. Lisa Murkowski has a narrow lead over Kelly Tshibaka. Gov. Mike Dunleavy leads his next closest challenger by over 20%. 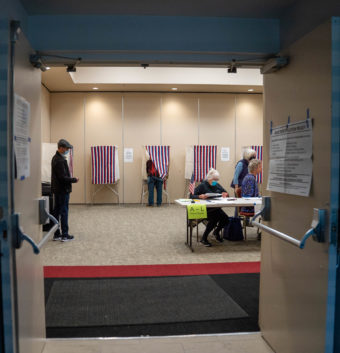 With a little help, Juneau voters are getting the hang of ranked choice voting

Poll workers said they felt prepared to help voters navigate both ranked choice voting and the open primary on the other side of the ballot. 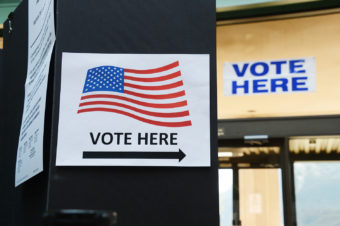 As Alaska goes to the polls, here’s what to watch for on Tuesday night

In Alaska’s first ranked-choice election, the leader on election night may not be the ultimate winner.