Last week, the White House announced U.S. gas prices had been falling for over a month, marking some of the fastest price declines in a decade. According to AAA, the national average Tuesday was $4.33 a gallon, down from the mid-June peak of just over $5.

But while gas prices across the nation have been steadily decreasing since they peaked mid-June, Alaska drivers haven’t been so lucky.

Alaska’s statewide average is still $5.21 today. In Kenai, most gas stations are advertising around $5.55.

Brent Hibbert owns and operates Alaska Cab on Kalifornsky Beach Road. He said the high prices have been affecting the company’s cab drivers, who pay for their own fuel.

Alaska has been dealing with those higher gas prices for longer than most. Forbes reported earlier this month that the state was among a handful where gas prices were falling the least.

Larry Persily, a longtime Alaska oil industry observer, said gas inventory turnover at both pumps and refineries in Alaska is slower than it is elsewhere in the country, which could account for the lag.

But in general, Alaska gasoline prices tend to be higher than those in the Lower 48. Persily said that’s related to the relatively small oil refinery that supplies Alaska gas stations, and the proportionally higher energy costs that come with it.

Persily also said city and borough sales taxes in Kenai and Soldotna add 6% to any fuel costs inside the city limits. This keeps them pricier than, say, in Anchorage, where city taxes only add 10 cents a gallon.

High gas prices are driving people out of the cities and into the small town of Cooper Landing, where surprisingly low prices are keeping fuel pump owner Arden Rankins busy.

“We’re selling so much of it, it’s unbelievable,” she said.

At just $5.01 today, the prices at the Sunrise Inn gas pump are drawing motorists from around the peninsula with their low prices, including those with motorhomes and campers, which Rankins said has never happened before.

“We’re selling so much gas that we’re getting gas delivered daily or every second day,” she said.

Rankins said that she’s just using the formula that the business usually relies on to calculate their fuel costs. She said her low prices are especially surprising, because getting fuel all the way out to Cooper Landing is just more expensive than bringing it to cities like Anchorage and Soldotna.

“Instead of making a profit on a really high price, we’re doing very well with the lower price and the formula that we’ve always used, and the numbers are making us a lot of money,” Rankins said.

Analysts predict that costs nationwide will continue to drop. And while Alaska’s prices aren’t dropping quite so fast, they are falling, slowly.

At a Speedway Express in Nikiski, for example, a store clerk said prices are declining by just a few cents a week. Today, the station’s marquis clocked in at $5.59 a gallon. 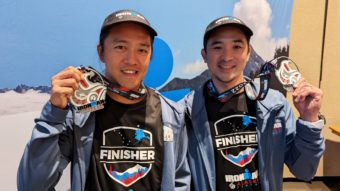 An attorney for the families says the cruise line was required to inform passengers that floatplane tours could be hazardous.