Two Alaska families who lost custody of their infants after what they say were flawed diagnoses of abuse by the state’s embattled former top child abuse physician are suing Dr. Barbara Knox, her former supervisor and Providence Alaska Medical Center in federal court.

The lawsuit, filed July 8, is the latest development in Knox’s brief but calamitous tenure as the head of Alaska Cares, a state-supported multidisciplinary clinic operated by Providence Alaska Medical Center that handles reports of child abuse across the state.

Providence Alaska Medical Center has not filed a response to the complaint in court.

The hospital is “unable to provide information on pending litigation. Additionally, under state and federal patient privacy laws and out of respect for our patients and family members, Providence cannot discuss specifics regarding patient care,” spokesman Mikal Canfield said Wednesday.

Knox did not immediately respond to an email asking for comment.

Knox, a nationally known child abuse physician, became medical director of Alaska Cares in fall 2019. She had recently been put on leave from a position at the University of Wisconsin as the medical school investigated allegations of bullying and misdiagnoses.

During her time at Alaska Cares, staff and families soon reported similar complaints of aggressive behavior and misdiagnoses. By fall of 2021, the entire medical staff of the clinic had resigned and Providence said it was investigating the workplace environment of Alaska Cares.

At the same time, Wisconsin Watch, a nonprofit investigative newsroom, found a dozen instances in which Knox’s diagnoses of child abuse were rejected by officials in court, child welfare workers and other medical professionals.

In January, Knox announced that she would resign days after the Daily News and Wisconsin Watch published a story about Emily and Justin Acker, a Fairbanks-area military family who said Knox wrongly diagnosed their newborn daughter’s brain injury as abuse, leading them to lose custody for nearly a year.

Emily and Justin Acker are among the plaintiffs of the federal lawsuit filed last week. The second family is a Sitka couple, named as John and Jane Doe in the complaint, who lost custody of their infant son after an abuse diagnosis by Knox.

Both families say injuries attributed to child abuse by Knox were actually the result of difficult pregnancies and traumatic births.

Knox conducted “inappropriate, incomplete and deeply flawed” examinations of the two infants named in the case, and a review of the doctor’s work “determined that some of her child abuse diagnoses failed to meet the standard of care,” the complaint alleges.

The Ackers’ daughter and son were in state custody for 11 months.

In a statement, Emily and Justin Acker said they were “deeply hurt” by their experience at Providence Hospital.

“We trusted them to protect and care for our daughter during a very difficult time, but instead, they allowed our family to be torn apart by the opinion of a doctor, who, quite honestly, has no business practicing medicine anymore. They chose to ignore her very disturbing history as a child abuse pediatrician and put us through unimaginable pain,” the couple wrote. “Their actions caused a domino effect of grief and trauma, not only for us but especially for our children.”

“We have suffered every day since this nightmare began,” the statement continued. “I mean yes, it would be very nice for us to win this case, but nothing will ever replace the times and memories that we lost with our children during that time, and that’s the part of this whole situation that hurts us the most. They could never give us back the joy that they took from us, and that’s the biggest reason why we chose to pursue this lawsuit.”

The Sitka family’s two children were out of their custody for more than five months, and both parents faced felony assault charges. Those criminal charges appear to have been dismissed or are otherwise not visible in state court records.

The plaintiffs’ attorney is Mike Kramer, a Fairbanks lawyer who specializes in litigation against government agencies.

The complaint alleges that Alaska Cares knew Knox did not report a “pattern of misdiagnoses” to the Alaska Medical Board. It also alleges that the hospital system has reached “settlements” and “secured nondisclosure agreements” with former staff members who quit because of Knox. And it asserts that Alaska Cares reviewed Knox’s work and “determined that some of her child abuse diagnoses failed to meet the standard of care.”

The lawsuit also named Bryant Skinner, Knox’s former supervisor at Providence, as a defendant, saying he negligently supervised her and failed to act on dozens of complaints about her behavior.

Providence Alaska Medical Center has not released information about the workplace investigation into Knox, and doesn’t comment on patient care allegations.

After leaving Alaska this spring, Knox was hired as a professor of pediatrics by the University of Florida in Jacksonville. 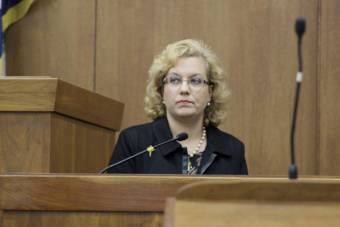 Wisconsin Watch found a dozen instances in which Knox’s suspicions of abuse were rejected by officials in the criminal justice system, by child welfare workers and medical specialists. Other defendants, proclaiming innocence, remain in prison and have appealed their cases. 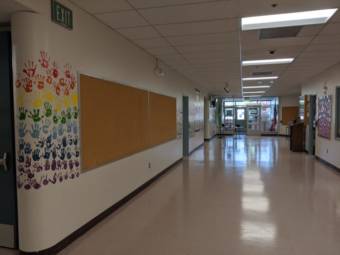