A record number of refugees and other new arrivals have come to Alaska this year due to ongoing conflicts in other parts of the world.

Issa Spatrisano is the state refugee coordinator for Catholic Social Services Refugee Assistance and Immigration Services, or RAIS. She said on Talk of Alaska Tuesday her office typically works with about 150 new arrivals per year. This year, it has enrolled more than 275 people so far.

“This is the largest year of new arrivals to the state of Alaska. And that’s really due to these new conflicts that have been occurring in Afghanistan and Ukraine,” Spatrisano said.

The increase comes after a considerable slowdown in recent years due to travel restrictions from the pandemic and during former President Donald Trump’s travel ban. Spatrisano said they enrolled only 15 new arrivals last year. They’ve been able to shoulder the dramatic increase with support from community partners.

“That’s a very rapid growth in resettlement, and we are very lucky here in the state of Alaska that we had retained our staff and really people who are experts on resettlement through all of those things,” said Spatrisano. “So like the person who’s been doing reception and placement in our office for over 20 years, really since the start of the refugee program, was still there.”

RAIS is the only refugee resettlement program for Alaska. In addition to refugees, they also work with asylees, victims of human trafficking and, in the case of recent arrivals from Ukraine, parolees who have temporary status to live and work in the United States.

Most of the Ukrainians arriving in Alaska are doing so with the help of the Ukraine Relief Program, a non-profit run by members of New Chance Church in Anchorage that is finding sponsors and buying plane tickets for people fleeing the war there. They need more sponsors to bring

“To be a sponsor means to do the USCIS paperwork, we’ll pay for their airfare and once they’re here to welcome them as a new family member(s) into your home until they are able to get a place of their own,” program director Zori Opanasevych wrote in an email. “It’s literally saving someone’s life and it’s life changing to us as we do it.”

Opanasevych wrote that nearly 200 people have arrived in Alaska so far since they began buying tickets earlier this year and another 100 are expected this summer.

RAIS typically works with clients for five years, so they provide services for more than 400 people at a time. Spatrisano said most people coming to Alaska resettle in Anchorage, since there are more resources available for employment, transportation and housing. But arrivals who already have family or friends in other communities may choose to go there instead.

“It’s recipes from refugees, but it’s also really what happens to your food when you end up in a place where you don’t have access to the food you once had, too, right?” said Spatrisano. “So a lot of the recipes are about, like, mohinga which is a Burmese soup which they make with catfish, but here you can make it with halibut or cod or other things.”

Spatrisano said the culinary contributions of refugees are just one of the many ways they add to the community. Multiple studies have shown that refugees make more financial contributions to the nation in tax dollars than they receive in public assistance. 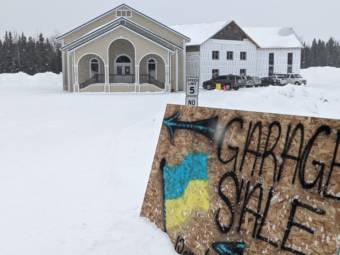 The state’s refugee coordinator has told local officials that refugees fleeing the war in Ukraine will begin arriving in Alaska over the next year or two. 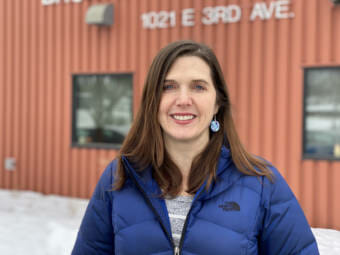