The Glory Hall’s affordable housing project in Juneau got a boost Tuesday night when it successfully appealed a city permit denial.

In a unanimous vote, the Juneau Planning Commission sent the permit back to the city’s Community Development Department and gave it 30 days to reconsider its decision.

The Glory Hall plans to convert its former homeless shelter building into seven housing units downtown. The city denied construction permits for the job back in December because it said the renovation would increase density in an avalanche hazard zone.

“Their position is we could have 50 homeless people living on this parcel, but we can’t have 14 renters,” argued Mary Alice McKeen, the Glory Hall’s attorney.

The city’s development department interpreted density to mean number of units, while the Glory Hall argued that the number of occupants should be used when determining density.

Ken Alper sits on the Planning Commission. He said that since density is not specifically defined in the relevant piece of code, the commission would now define it as the total number of people. This has implications for future projects.

The Planning Commission also directed development department to accept an engineering study provided by the Glory Hall that it had previously not used in its permit decision. That study found that the building is not in a severe hazard zone.

The development department and the Glory Hall have 20 days to contest the decision to the Assembly if they wish to do so. 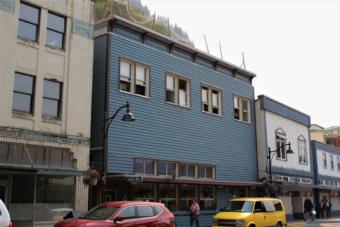 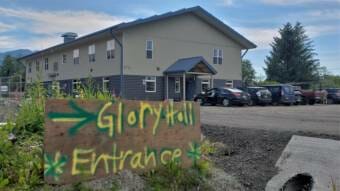 By the end of the week, Juneau’s downtown emergency shelter and soup kitchen plans to be serving all of its patrons at its new facility.