The Alaska House of Representatives agreed last week to changes made to a mariculture enhancement bill that would allow shellfish to be grown in hatcheries, moving it one step closer to becoming law.

House Bill 41 would allow certain nonprofits to pursue mariculture enhancement or restoration projects for species of shellfish — like abalone, razor clams, sea cucumbers and king crab. It would be the first time in Alaska’s history that people could raise animals like crab in hatcheries and release them into the wild to support commercial fisheries.

“HB 41 plays a key role in the building blocks to make mariculture a growing and significant part of the overall Alaska fisheries portfolio,” Ortiz said.

The bill outlines safety standards and a framework for the Alaska Department of Fish and Game to manage projects for growing shellfish and keeping stocks healthy.

“There’s lots of other things that have already happened and need to continue to happen in order to make that dream of perhaps an added billion-dollar-a-year industry to an already $5 billion, $6 billion-a-year industry.”

Right now, the capital budget has about $5 million for new mariculture projects. An important next step is the state expanding that number, he said.

“One thing that I’d like to see before the session ends is to see if we can get that number closer to the $25 million requested,” Ortiz said.

Now that HB 41 has passed the Legislature, it moves to Gov. Dunleavy’s desk for signing. 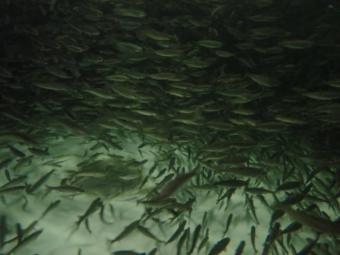 The U.S. Has Spent More Than $2 Billion on a Plan to Save Salmon. The Fish Are Vanishing Anyway.

The U.S. government promised Native tribes in the Pacific Northwest that they could keep fishing as they’d always done. But instead of preserving wild salmon, it propped up a failing system of hatcheries. Now, that system is falling apart.

The conflict over subsistence has been brewing for a few decades.