Sen. Lisa Murkowski says if a majority of justices vote to overturn Roe v. Wade, as a leaked draft opinion suggests is likely, it shakes her confidence in the court.

“It was not the direction that I believed that the court would take, based on statements that have been made about Roe being settled, and being precedent,” Murkowski told reporters.

She spoke at the Capitol Tuesday, a day after the leaked document rocked the nation. It’s a draft authored by Justice Samuel Alito that would get rid of a landmark abortion-rights decision that has stood for 49 years. Justices Clarence Thomas, Neil Gorsuch, Brett Kavanaugh and Amy Coney Barrett were on Alito’s side in a preliminary vote, according to Politico, the publication that broke the story.

Murkowski voted to confirm most of those Republican-nominated justices. She met with all three of the Trump nominees beforehand. Ultimately, she did not vote to confirm Kavanaugh, but she said at the time that she believed he wouldn’t vote to overturn Roe, based on her extensive conversations with him.

“I think there were some representations made, with regards to ‘precedent’ and ‘settled,’” she told reporters.

She spoke carefully and did not say which nominees made the statements.

Murkowski and Sen. Susan Collins of Maine are the only two Republican senators who regularly vote in favor of abortion rights. They’ve sponsored a bill that would provide some national rights to abortion even if the Roe decisions falls.

The Reproductive Choice Act says states can’t “impose an undue burden on the ability of a woman to choose whether or not to terminate a pregnancy before fetal viability.”

Murkowski and Collins are the only co-sponsors of the bill, which was filed in February. It’s not as comprehensive as a rival Democratic bill that has no Republicans on board. 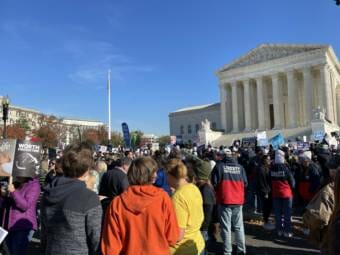 Making an abortion ban stick would likely take an amendment to the state Constitution. 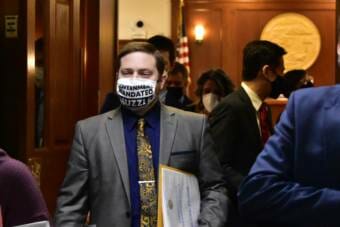