Arctic nations are boosting military spending in response to Russia’s invasion of Ukraine.

That was the message from Arctic nations’ top ambassadors and U.S. senators on Friday at the Arctic Encounters conference in Anchorage.

“What is happening is that instead of dividing us, Putin is unifying us in Europe,” said Tiina Jortikka-Laitinen, Finland’s ambassador.

She said for the first time in the country’s history, the majority of its citizens support membership in NATO, which would guarantee a military response from other members if Finland is attacked.

The Finland ambassador spoke alongside eight other leaders, including U.S. Sen. Lisa Murkowski, at a 40-minute news conference. Both Jortikka-Laitinen and Norway’s ambassador said their countries are buying more than 50 F-35 fighter jets each in response to Russia’s invasion, and they say they foresee a more militarized future in the Arctic.

“We’re only five and a half million people. Fifty-two F-35 — that’s a big thing for us,” said Norwegian Ambassador Anniken Krutnes. “We are buying a marine surveillance aircraft, P-8s, we’re buying new submarines.”

The two-day Arctic Encounters symposium was held at the Dena’ina Center and featured talks from researchers, government officials and Indigenous leaders from Arctic nations, plus countries with interest in the Arctic like Japan and the United Kingdom. They spoke on topics including Arctic health, resource development and the environment. It’s the first time the annual event was held in Anchorage.

Officials from Russia did not attend. They informed organizers a few days before Russia invaded Ukraine in February that they would not come, according to Arctic Encounters director Rachel Kallander.

“We did learn that there was still interest at a later point, but it was not appropriate at that time,” said Kallander. “And we had a cordial exchange to that regard.”

While Russia has been diplomatically cut off from many other forums and scientific projects around the world, Murkowski said that there is still a cooperative Coast Guard agreement to respond to emergencies in the Bering Sea.

“We certainly hope we don’t have environmental issues that we may have to deal with, but I do think that that speaks to some of what has been put in place, historically, where we don’t have a lot of resources in the Arctic, we need to rely on one another,” she said. 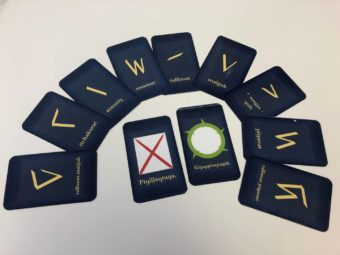