Officials with the U.S. Department of Agriculture announced $8.7 million in grants on Thursday for 25 different projects across Southeast Alaska.

The grants are intended to be an early step in a long-term commitment to foster lots of sustainable economic activities driven by locals. There’s support for Indigenous cultural programs, seaweed and shellfish farming, timber management and more.

The Alaska heads of three different USDA agencies also signed an agreement that establishes a permanent team that will work on sustainability goals in Southeast Alaska.

For now, SASS is a unique thing. The USDA doesn’t have other sustainability strategies for other parts of the country.

Miranda said in the past, tribes, local governments or other organizations in Southeast had to shoehorn their needs into existing federal programming. This new strategy has meant getting several different USDA agencies working together and listening to local needs.

“This is different,” she said. “We asked for input from our local organizations and received it. And now, federal agencies … we’re doing the work to struggle to fit those into our agency authorities. The shoe’s on the other foot with this.”

Miranda is based in Juneau. Until about a week and a half ago, she was the director of the Mendenhall Glacier Visitor Center, which the Forest Service runs. She’s also a former mayor of Gustavus, so she’s been on both sides of the table.

The USDA announced it was working on the strategy last July, along with a commitment to invest $25 million in Southeast Alaska. It complements the Biden administration’s efforts to end large-scale, old-growth timber harvesting in the Tongass National Forest and a renewed effort to limit new roads in the Tongass.

Alaska’s Congressional delegation opposes the Roadless Rule in the Tongass because they say it squelches economic activity and gets in the way of local stewardship.

Sen. Dan Sullivan said in a statement at the time that “$25 million doesn’t even come close to covering the economic damage that this administration’s policies will inflict on Southeast Alaska.”

On Friday, Sen. Lisa Murkowski’s said through a spokesperson that she is monitoring the strategy’s impact on Alaskans but still opposes a renewal of the Roadless Rule in the Tongass.

Xochitl Torres Small is the USDA’s undersecretary for Rural Development. She said the timber industry and the Roadless Rule are part of why Southeast Alaska is getting special attention.

Torres Small said the lessons the agencies learn in Southeast Alaska could be applied in other parts of the country.

“At this time, this is really a pilot. We’re forging new ground here,” she said.

USDA officials said they’re working on getting another $16 million in sustainability grants to Southeast Alaska in the next 6 months or so.

This story has been updated with comment from Sen. Lisa Murkowski’s office.

Correction: In an earlier version of this story, the names of USDA officials Julia Hnilicka and Justin Maxson were misspelled. 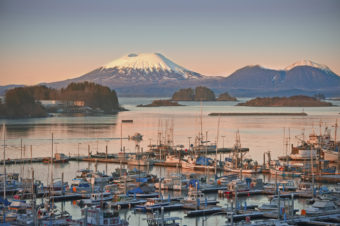 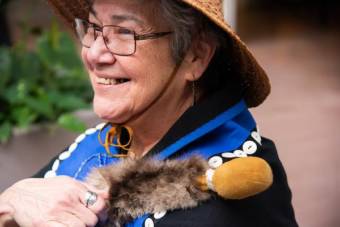