Copper Valley Electric Association is considering a nuclear microreactor similar to the one scheduled to begin operating on Eielson Air Force Base by 2027.

Right now, the utility relies on inexpensive hydro power during the warmer months of the year but switches in the winter to more costly oil-fired power generation.

Copper Valley chief executive Travis Million says the utility has been trying for years to find a cheaper and greener alternative to its diesel- and naphtha-fueled generators.

“There’s no predictability of the cost,” he said. “Just this year alone, between December and January, we saw a 44% price increase for the diesel fuel that we use.”

He says they found none would reliably provide electricity in the winter without backup from the expensive fuel-fired generators. So they turned to nuclear-powered generation.

“The technology has been there a long time,” Million said, “but there just hadn’t been a way to manufacture these type of reactors.”

Micro-modular reactors are small, self-contained reactor systems that can be brought onto a site and replaced every 20 years for refueling. The 10-megawatt facility that Copper Valley is considering would be similar to a 5-megawatt microreactor planned for Eielson Air Force Base.

“With the advanced manufacturing technologies that are out there today, it now makes it feasible to where they can mass-produce these types of smaller-scale reactors,” Million said.

After studying the industry, Copper Valley began working with Seattle-based Ultra Safe Nuclear Corp. Company officials came to Alaska last summer to survey the co-op’s facilities and service area, which includes the Copper River Valley, areas along the Richardson Highway from Valdez to Gakona and the Glenn Highway from Glennallen to the Mat-Su boundary.

The company’s now working with the utility on a feasibility study that’ll be completed in July, when the co-op’s board will decide whether to move ahead with the project.

“This could be possibly the answer that we’ve been looking for for decades — a generation source that is a stable, cost-efficient way to produce electricity,” he said.

Million says he hopes the study will show that the microreactor will help keep the cost of electricity down to somewhere around 20 to 25 cents per kilowatt hour. He estimates the plant would cost $80 million to $100 million to build, which compares to the University of Alaska Fairbanks’ $245 million, 17-megawatt coal-fired power plant that went online in 2018.

Million says the federal infrastructure bill could help pay for the co-op’s microreactor.

“There was $2.4 billion for demonstration projects for advanced nuclear reactors,” he said.

Other utilities have expressed interest in Copper Valley’s proposal.

“We’re really excited to be able to follow the progress that’s happening at Eielson and Copper River,” says Meadow Bailey, a spokesperson for Golden Valley Electric Association. “If it ends up being something that is safe and reliable and cost-effective, then in the future it’s definitely something that we would consider.”

If Copper Valley’s board decides to move ahead on the project, it would be Alaska’s first commercial nuclear-powered electrical-generating station. Two others were proposed in recent decades, one for Galena and one for Ester, but neither panned-out.

The Army built a nuclear powerplant on Fort Greely that operated for about 10 years before it shut down in 1972. 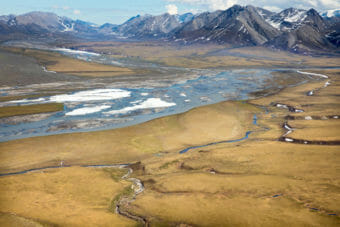