Stepping inside the main Barnacle Foods warehouse in Lemon Creek is like walking into a kitchen pantry. The smell of the herbs used to make the company’s sauces and spices hit all at once.

A plastic curtain divides the commercial kitchen from shelves where pallets of merchandise are stored. On the very top shelf, there are cardboard boxes with the word “collapse” written on them in thick black marker.

Barnacle Foods sells its kelp salsa, hot sauce and pickles all over the country. They harvest the kelp locally, and it’s processed at their facility in Lemon Creek.

The company rents space in an adjacent building where they usually store merchandise — extra production materials like caps and glass as well as shipping supplies. But in mid-January, an employee was between the two buildings trying to open their outdoor freezers, which had iced over.

At the time, Heifetz was upstairs across the way.

“I looked out this window, which is right where my office is, and just saw the whole thing level basically in seconds,” Heifetz said.

The building had collapsed under heavy snow loads from January’s storms. No employees were inside, and no one was injured. Which was lucky — another employee had been in the building just a few minutes before it fell.

The collapse also put a hold on outgoing orders.

“We have a fairly vibrant online business and are shipping out palettes of orders every few days, and we thought we lost a lot of product,” Heifetz said.

At first, they thought everything they’d stored in the building was lost, including 10,000 jars of kelp pickles, which are only produced seasonally. But when the salvage crew started picking through the rubble, there was good news.

“We were really pleasantly surprised that a lot of the product was completely untouched, and most of the items we were able to dry out and will be able to use,” Heifetz said.

What’s left of the warehouse is now covered in plastic. Heifetz said they’re just grateful to have understanding customers, a supportive community and healthy employees.

“We feel extremely lucky,” Heifetz said. “This could’ve been a much harder hit on our business, and we’re doing relatively just fine. Everyone is safe, and the items that we had to get rid of are replaceable.”

For now, Barnacle Foods has moved its extra product into another storage space. The future of the old building is still uncertain. 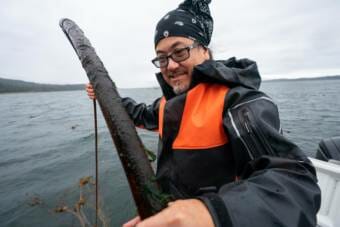 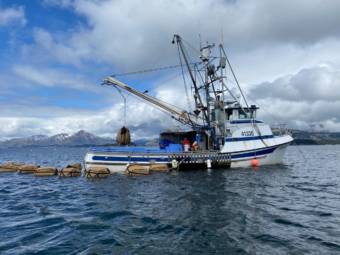 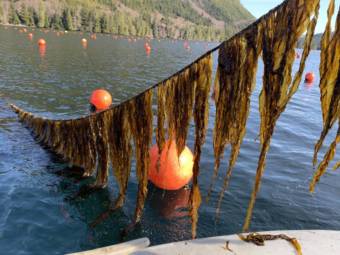 Interest in kelp farming is on the rise in Alaska, but the infrastructure is still catching up

The interest in kelp farming is there. Lease applications nearly doubled last year, and a recent training attracted hundreds of participants.