An Anchorage Superior Court judge ruled on Thursday against four university students who had sued the State of Alaska to try to maintain more than $400 million in a fund for scholarships and grants.

Judge Adolph Zeman’s ruling means that the money in the Higher Education Investment Fund will no longer be set aside in a lasting way to pay for three programs: the Alaska Performance Scholarships, which are based on students’ high school grades and test scores; Alaska Education grants, which are based on students’ financial need; and the state’s medical education program.

Gov. Mike Dunleavy has proposed funding the programs along with the rest of the budget. That can continue to happen in the future, but students won’t have the assurance that there’s a large fund set aside for them.

The money that was once in the higher education fund is now in a state savings account known as the Constitutional Budget Reserve, raising its total from roughly $1 billion to $1.4 billion.

The money was swept into savings after three-quarters of both legislative chambers failed last year to agree to keep it in the separate higher education fund. Opponents of maintaining the funding offered different arguments. Some focused on their belief that these programs should have to compete with the rest of the state budget for annual funding. Others would not vote to reverse the sweep unless the Alaska Legislature agreed to increase permanent fund dividend amounts.

Gov. Mike Dunleavy’s administration determined that the money was subject to the reverse sweep vote. Previous administrations had not taken that position.

A separate lawsuit successfully protected money in a different state account, the Power Cost Equalization Endowment Fund, or PCE. That fund pays to make the energy in high-cost areas more equal with that in the rest of the state.

In the scholarship lawsuit, the legal arguments focused on whether the Higher Education Investment Fund, or HEIF, was available for the Legislature to appropriate. Judge Zeman found that it was. Under a provision of the state constitution, that means the money must be swept into the Constitutional Budget Reserve unless three-quarters of both chambers vote to reverse the sweep.

“If the legislature believes these programs should be funded, it possesses the power to establish the HEIF as a separate fund outside the general fund or to appropriate money from other sources — for example, a reverse sweep of the CBR — to fund the programs in the future,” Zeman wrote. “However, this is not within the Court’s power. The power of appropriation belongs solely to the Legislative Branch.”

The students now must decide whether to appeal Zeman’s decision. 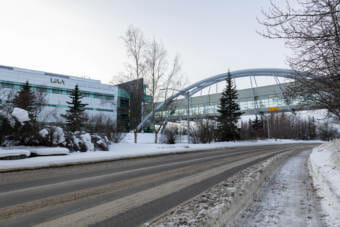 Lawyers for four Alaska university students and the state government presented their arguments to Superior Court Judge Adolf Zeman on Tuesday to determine the future of the Alaska Higher Education Investment Fund. 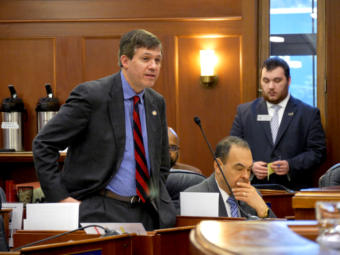 State senators in Juneau raised alarm on Tuesday about the money swept from state budget accounts into a harder-to-access piggy bank: the Constitutional Budget Reserve.