At its start, the Alaska Division of Forestry focused in large part on managing forests for the state’s timber industry. Firefighting was a secondary focus.

But now, over 90% of the division’s budget goes toward fighting fires. And with the frequency and severity of wildland fires only expected to increase, officials say the division needs to further build up its capacity to ready for conditions ahead.

Division spokesperson Tim Mowry said it’s time for the division to catch up with the ever-increasing need for fire management..

“Even this past year, where we burned 250,000 acres — which is a very small fire season in Alaska — we had to bring up more than 300 people in the Lower 48 to fill positions that we just don’t have up here,” Mowry said. “So we’re trying to become more self-sufficient. And we need more people to do that.”

The impending shift accompanies a rise in wildland fires in Alaska and the Lower 48.

That rise has happened before Randi Jandt’s eyes. She’s a fire ecologist with the Fairbanks’s Alaska Fire Science Consortium.

“It is an interesting job to be an ecologist when things are changing so rapidly that you can actually see change in the course of one person’s career,” Jandt said. “That’s pretty astounding.”

Alaska’s wildfire risk is rising with that of the Lower 48. And while the ecology of a place like Boulder, Colorado is different from that of Alaska, Jandt said they’re all experiencing more extreme weather events.

“I can tell you with quite a bit of confidence that the phenomena that we’re seeing are definitely climate-related,” she said.

Jandt said an increase in wildfires in Alaska is related to more lightning and drier conditions that make fuel out of vegetation like moss.

What’s more, so-called “zombie fires” — named for their tendency to arise from the dead after winter — are increasing in northern climates.

Fire seasons are also becoming longer, complicating existing agreements between crews in Alaska and the Lower 48. Now that those seasons overlap, it’s harder for states to send crews elsewhere during their off-seasons.

“I’ve been a firefighter in California,” Jandt said. “And our season was, back in the 80s, four or five months. But it certainly isn’t now. And in Alaska, our fire season has increased by roughly a month in the last 30, 40 years.”

The 2019 fire season in Southcentral Alaska was the hottest and driest June-through-August season the region had experienced in 40 years, according to a recent study Jandt coauthored with other researchers from UAF. Interior Alaska and Alaska’s tundra are seeing the largest changes to climate and fire conditions in the state.

Jandt said the cumulative changes require new ways of thinking about fire management, from agencies like the Division of Forestry and individual property owners.

“And I think just the intensity that we can get with a fire season like 2004, 2005, 2015, 2019 … I mean, you start to get the picture,” she said. “You need more capacity, more wildfire fighting capacity to try and protect all the communities that might be threatened at once by a season like that.”

Mowry, with the division, said the name change in particular might seem minor.

But he said more people than ever before are living in parts of Alaska that can be impacted by wildland fires. Consequentially, it’s important for Alaskans to understand what the department does so they know where to go when they’re facing fires.

The name change takes effect this summer, unless it garners opposition from the Alaska legislature. 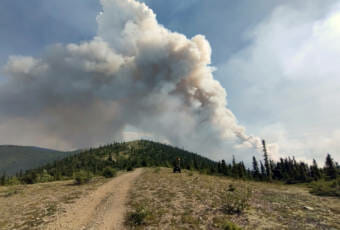 As of 4 p.m. Friday, no evacuation order had been issued, and guests and staff remained on site at the resort. 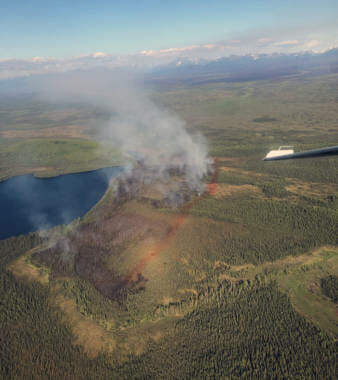 The fire is burning 10 miles from Sterling and isn’t threatening any lives or property. 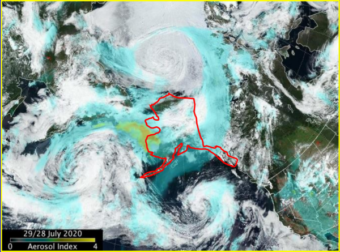 By Wednesday, air quality monitors in Anchorage had not raised concern about fine particulate matter, though PM2.5 levels had worsened slightly over the past few days.