Pierce, a conservative, filed a letter of intent Thursday, according to an email from his chief of staff Aaron Rhoades to some borough employees.

Pierce is serving his second term as Kenai Peninsula Borough Mayor. He terms out in 2023.

Pierce did not immediately respond to requests for comment. He told conservative blog Must Read Alaska that he wants to run the state like a business to jumpstart the economy.

He’s been an advocate for keeping the borough budget lean and has said he follows the idiom, “if it ain’t broke don’t fix it.”

His most recent term in office has been dominated by management of the COVID-19 pandemic. Pierce was an outspoken advocate of opening the peninsula up to business as usual early in the pandemic and keeping mask-wearing a personal choice. More recently, he slammed the borough-owned hospital at public meetings and on talk radio for not offering COVID-19 patients drugs like ivermectin, which has not been approved for treatment against COVID-19 and is popular in anti-vaccine circles.

Before he was borough mayor, Pierce was on the Kenai Peninsula Borough Assembly and was a manager at Enstar.

Also on the ballot for governor is incumbent Gov. Mike Dunleavy, Republican Wasilla Rep. Christopher Kurka, Republican Bruce Walden and Democrat Les Gara. William Toien is running as a libertarian and former Gov. Bill Walker is running as an independent. 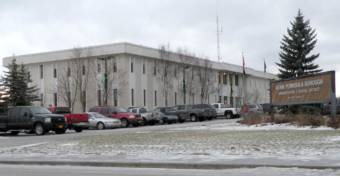 Several commenters at the meeting said they worried the resolution would spread misinformation.