This week marks the one-year anniversary of the extreme weather event in Haines that led to a deadly landslide and storm damage to dozens of homes and businesses. A playground project at the Haines school is one of several memorial projects planned to commemorate the disaster and honor those affected.

Jenae Larson had dreamed of improving the playground at the Haines School, where she was the kindergarten teacher. Shelly Sloper, a Haines school board member and alum, is part of a community effort to make that happen.

“I’m part of what we call Team Jenae, which is the group of folks that is helping to create this playground in Jenae’s memory,” Sloper said.

One small play structure stands at the current kindergarten-through-second-grade playground. At recess, kids clamber up its ladder and bound around. Beyond is a clear view of Mt. Ripinski’s snow capped peak.

“Play is such an important part of development, too,” Sloper said. “And, you know, Jenae, was just super passionate about teaching and supporting her students, in the classroom, but also out here.”

Jenae had grown up in Haines. She graduated in the class of 2016, with a desire to return to Haines and teach. In 2020, she landed her dream job as a kindergarten teacher.

Larson and David Simmons were killed on Dec. 2 in the Beach Road landslide. Her dog Red was also lost.

Sloper says it was Jenae’s mother’s idea to create the memorial playground, and the community quickly rallied to make it happen. They started a GoFundMe page. So far they’ve raised just over $31,000 toward a $110,000 goal.

“As you can tell, there’s just a couple of pieces of equipment,” Sloper said. “And it just needs to be updated. Basically, the idea is that the elements of the playground will represent, or sort of showcase some things we love about Haines, and some things that Jenae loved about Haines, like the ocean and the river and water sports and really just be a place for it will look beautiful, but also be a space for learning and development for the K-2 students.”

A landscape architecture firm in Juneau volunteered to create a design. The initial design features a variety of play and learning spaces, including a boat structure, tricycle trail, and outdoor classroom. It’s posted now on the Jenae Larson group facebook page.

“It’s been so wonderful. It’s so heartening to see the donations that are coming in,” Sloper said. “And folks are just really excited about the project. And we’re seeing that from the school community, from the broader community and from folks around the world who just saw the project and thought it was great or love Jenae, and just really are excited to see this in, you know, being done in her honor.”

Sloper says now they’re still fundraising, and the playground design will be finalized based on the funding.

Besides creating a beautiful and fun new space for students, sloper says working on the project has also been healing for the family, friends, and school community.

“I think it’s been something that we can put our energy towards, in a way that makes us it gives us a purpose, I think, in a lot of ways,” Sloper said, tearing up. “It’s not easy because it reminds us of Jenae all the time, but it’s good in a way for healing to be to have Jenae in our minds, and to think about the things she cares about.”

She says they hope it’ll be a place for play and to remember Jenae, as a space for community healing. 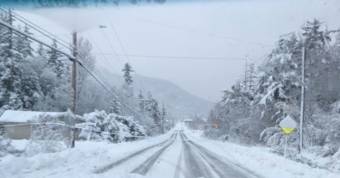 Haines to hold remembrance gathering one year after deadly storms

Mayor Douglas Olerud says the event is an opportunity to commemorate the disaster, reflect on the recovery effort over the last year, and celebrate Haines resilience.