Tule geese migrate from Cook Inlet down to California every year. They can be spotted by birders on the central peninsula in the spring, as they cross over the Gulf of Alaska on their long journey back north.

There’s not much margin for error during those journeys. But last year, geese took twice as long to get to California, as they came up against some of the largest wildfires in Canada and the Lower 48 to date.

Cory Overton is a wildlife biologist with the U.S. Geological Survey Western Ecological Research Center. He was the lead author on a study, published last month, that found the geese had to drastically alter their migration patterns in 2020.

“Tule geese are among the first migrants to come down across the Gulf of Alaska toward California,” he said. “So we watch with bated breath every year to watch them come down and see what they’re doing.”

Tule geese are a subspecies of white-fronted geese. For a long time, they nested across the inlet, at the base of Mount Redoubt.

Now, the geese nest on the northern part of Cook Inlet. Scientists speculate Redoubt’s 1989 eruption is to blame for the change.

Overton’s team has been tracking the geese for several years, with radio collars. Last year, as the wildfires Outside got worse and worse, they noticed the geese were acting unusually. At the same time, smoke maps showed a low-pressure system that was pulling smoke off the West Coast.

“This big band of smoke was like a wall to these birds migrating down,” Overton said. “And when they hit the southern edge of Vancouver Island, northern Olympic Peninsula, they hit smoke that would be classified as unhealthy for humans. And they pretty much stopped.”

The birds tried several different things to get around that wall.

“They can just ignore it, and act like normal,” Overton said. “They can stop, and wait the smoke out. They can try to go around it, or they can try and go over the top. And even though it’s a small number of birds, we saw them do every one of those things except for ignore it.”

Those diversions made their migrations twice as long. Overton said that’s concerning because it already takes a lot of calories for geese to travel from Alaska to California. They don’t have much energy to spare.

“So if they have to extend their migrations, either by flying, backtracking to go around something or stop on the ocean where they can’t refuel, that could have pretty big impacts to their survivability,” he said.

He said it’s hard to say what the implications of increasing wildfires could be on other migrating bird species. In some ways, the tule geese are special. They come down earlier than other birds and have fewer places they stop on the way.

But scientists have found smoke to be a potential factor in instances of bird die-off in parts of the Lower 48. And as wildfire season lengthens, the impacts of smoke could expand to birds that migrate later in the year, too.

Going forward, Overton said he’s interested in studying how nesting species in the Arctic might be impacted by more severe fires in Alaska.

Correction: This story has been edited to say the geese can be spotted over the central Kenai Peninsula on their way back north, in the spring. On their fall migration journey to California, they pass over the inlet farther north. 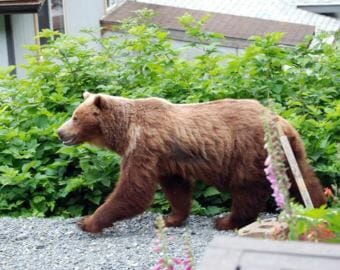 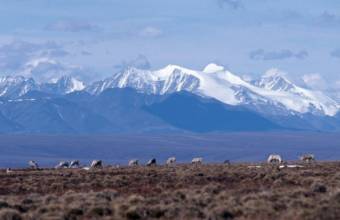