Alaska will get billions of dollars from the infrastructure bill President Biden signed into law this week. But to build the highways, bridges and water systems the money is intended for, the state will also need workers, and those have been in short supply.

Alicia Amberg, executive director of the Associated General Contractors of Alaska, said the construction industry needs to get more people into the building trades.

“Workforce development is going to be a huge, huge priority for us over the upcoming couple of years, really promoting opportunities for craft careers, careers in the trades,” Amberg told reporters at a news conference Wednesday organized by the U.S. Chamber of Commerce to support the trillion-dollar infrastructure bill.

Anchorage Chamber of Commerce President Bruce Bustamante has high hopes for the apprenticeship programs organized by the state Department of Labor.

“Those now will probably gain legs and move a little faster now that we have investment and work opportunities out there,” he said.

Alaska Labor Commissioner Tamika Ledbetter said in a phone interview Wednesday that her department is working with the state Department of Transportation to identify where the money is expected to go and what the anticipated labor needs are.

Labor unions have already been reaching out to potential workers, said Dave Reeves, a district representative of the International Brotherhood of Electrical Workers.

“I think all the unions were already increasing their apprenticeship numbers,” he said, “just seeing that there’s already been a shortage of workers across the country and knowing that the bipartisan infrastructure bill that just passed, how much work that’s going to bring not only to Alaska but the rest of the country.”

An IBEW apprentice starts at more than $20 an hour, he said.

The infrastructure bill gives Alaska a 40% increase in highway funding, more than $100 million to expand broadband and nearly $400 million to improve airports.

Amberg, from the Associated General Contractors, said the money will provide good-paying jobs for years to come.

Correction: The photo caption on this story originally misspelled Karl Hefty’s name. It is Karl, not Carl. 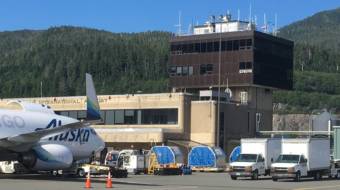 The U.S. Department of Transportation is sending Alaska a total of $80 million for safety and capital improvements in the first year of the five-year infrastructure program, approved by Congress last month. 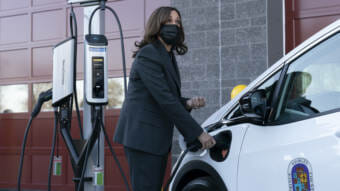 The Biden administration announced a multi-billion-dollar plan to beef up the nation's electric vehicle charging system. 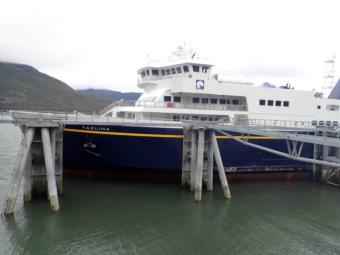 At a town hall in Haines, Kiehl echoed the community’s frustration with the lack of travel options and called it a predictable crisis given the last three years' failures in reliable service.