An Alaska Seaplanes plane ended up in a ditch at the Juneau Airport Tuesday morning after it slipped a tow strap.

Alaska Seaplanes spokesperson Andy Kline said no one was inside of the plane and there was no damage to it. Kline said the plane was checked out and is operational.

Flightaware.com shows the Cessna 208 Caravan headed to Haines mid-morning and in the air again later in the afternoon.

It is the second incident involving an Alaska Seaplanes plane at the Juneau airport within the last week. On Friday, a different Cessna 208 crashed shortly after takeoff. Six people were on board.

Kline said after that incident that no one was injured. He declined to name the pilot involved in that earlier crash.

Airport Manager Patty Wahto wrote in an email that the airport helped Alaska Seaplanes tow the plane out of the ditch. She said no airline traffic was disrupted.

This story has been updated with more information from Airport Manager Patty Wahto. 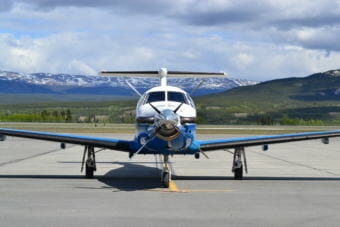