Landscape architecture has never quite gotten the adulation of capital-A architecture, but perhaps a new prize can help change that — especially since it’s being given to an innovative designer who’s been respectfully referred to as “the toxic beauty queen of brownfield remediation.”

The inaugural winner of the Cornelia Hahn Oberlander International Landscape Architecture Prize is Julie Bargmann, a professor at the University of Virginia and founder of a studio called D.I.R.T – Dump It Right There. The award, announced today by the Cultural Landscape Foundation, is intended to confer the status of the Pritzker Architecture Prize, as well as a similar purse — $100,000 for the winner.

“The gnarliest!” Bargmann exclaimed in an interview with NPR. “The more gnarly, the better.”

Born in New Jersey, Bargmann is no stranger to industrial sites. She’s redesigned abandoned railyards and quarries, landfills, derelict factories and coal mines. In Detroit, she redeveloped an urban woodland around an apartment complex using Quonset huts in patterns inspired by the sheet music for John Coltrane’s “A Love Supreme.”

Maurice Cox ran Detroit’s Department of Planning and Development at the time (he currently holds the same job in Chicago). He remembers when Bargmann started another Detroit project on what appeared to be a vacant parking lot.

“Julie holds a classic notion that all sites have a history,” he told NPR. “She had the developer get a backhoe and start digging in the dirt, only to uncover the foundations of a farmhouse that once resided on that lot. And she scraped and scraped and used the foundation of that former house as the makings of the park, and went in and planted dozens and dozens of trees. And, you know, a whole urban place was created. And Julie would tell you that it was already there. All she had to do was unearth it.”

Cox describes Bargmann as a visionary thinker whose life work revolves around finding existing beauty in marginal communities that respects and honors those places. “And that pulls them into the center of the public discourse about landscape architecture,” he adds.

“It’s not often that people who work on the margins are recognized for their kind of singular genius, certainly not in their lifetime and certainly not at a point in their career where they have many, many more years of influence,” Cox says of Bargmann’s win. “So it’s a smart move by this jury. If you’re trying to establish the primacy of this prize, you do it by, you know, causing a bit of a shock to the discipline.”

In the jury citation, Bargmann is described thusly: “She has been a provocateur, a critical practitioner, and a public intellectual. She embodies the kind of activism required of landscape architects in an era of severe environmental challenges and persistent social inequities.”

Dealing with such inequalities and poisoned, castoff spaces can be a melancholy business, Bargmann admits. But she meets the demands of her work with an artist’s optimism and an engineer’s precision. (The other way around, as well.)

In the old mining community of Vintondale, Pennsylvania, the designer used a passive treatment system to turn a toxic area into a public space for art and recreation.

“I always call this an ecological washing machine because that’s what it is,” she says. “And so, you know, the liquid comes through the wetlands, and then it’s discharged back into the creek. Basically what we’re doing is we’re denying the acid mine drainage from going into that creek and washing it. So it was fun.”

The work is only expanding. In a release from the Cultural Landscape Foundation, Bargmann says while she’ll continue reclaiming individual sites, she’s increasingly drawn to larger canvases. “Namely, post-industrial cities and regions,” she said. “There exists massive potential and sublime beauty in places that may seem, at first blush, to be trashed. Sites, neighborhoods, entire cities — they are full of energy waiting to be recognized, released, and given new form.” 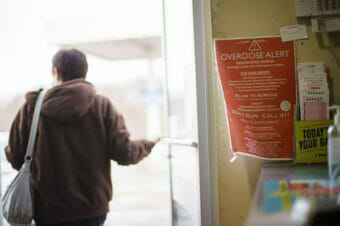 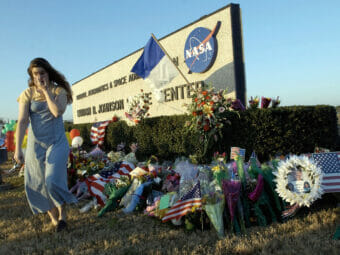