Former members of the Anchorage Assembly watched with horror and disappointment as hearings on the mask mandate deteriorated over the past several weeks. Some mask opponents jeered or threatened the Assembly as they testified.

Fred Dyson, who served on the Assembly for nine years, and spent 18 years in the Legislature, couldn’t bear to watch but he read about it.

He’s not sure he would have voted for the mask mandate. But, unlike the loudest mask opponents in the Assembly chambers this month, he said he doesn’t doubt that the motivation behind the ordinance was a sincere desire to save lives. He also doesn’t fault the Assembly for passing the mandate as an emergency measure and avoiding yet another night of angry testimony.

“I probably wouldn’t have done it. And I would have sentenced myself to more hours of being yelled at, and so on,” he said. “But I don’t condemn them for having made that pragmatic decision.”

That quality – seeing some wisdom in a position you oppose – that’s old school Anchorage Assembly.

All four former Assembly members interviewed for this story recalled heated disputes in the past. Civil rights. Pit bulls. Speed cameras. And who can forget the passionate debates about cat licensing? But now, they say there’s much more distrust and vilification. They say it’s seeped into Anchorage from the national scene, and they do not approve.

Dyson said he’s disappointed to see people become so hardened in their positions.

“And anybody who disagrees is somehow evil, bad to the bone,” he said.

He’s a conservative, but he said he formed true friendships and collaborated on legislation with liberals like Eric Croft and Ethan Berkowitz, Democrats he served with in the Alaska Legislature.

“I see most of them as good hearted, and really wanting to do the right thing,” Dyson said. “From my perspective, they might be misguided (but) I don’t ascribe to them evil intentions.”

Dan Coffey doesn’t want to name the guy, but he can recall a difficult relationship with a liberal he served with in the early 2000s.

“We didn’t like each other, but we respected the fact that we’re both elected officials,” Coffey said. They kept it civil, he said, out of respect for the voters who had chosen both of them.

By contrast, just before the mask ordinance passed, Assembly member Jamie Allard interrupted her colleague to call him — on the record — “disgusting” and “a disgrace.”

Heather Flynn anchored the liberal side of the Assembly for most of the ‘80s and into the ’90s. She recalls the civility of conservatives like Craig Campbell and Larry Baker.

“They didn’t rant and call names. They didn’t demean those who were opposed to them,” she said. “We may have voted on opposite sides of issues. But they behaved appropriately in public. In fact, even in private. So I just don’t understand what is going on in our community, in our state, in the country.”

Now, she said, she fears violence will break out in the Assembly chambers and she’s embarrassed to see her city the subject of national news stories for all the wrong reasons.

Flynn apportions some of the blame to Mayor Dave Bronson for encouraging the anti-mask crowds and defending their appropriation of a Holocaust symbol — the Star of David — in one of the most raucous nights of public testimony.

When he chaired the Assembly, he said, he treated the chambers as a courtroom and he lays blame for the out-of-control public hearings on the Assembly, for letting decorum slip.

Traini pinpoints the moment things started to go downhill to a meeting two years ago, when Assembly member Felix Rivera was chair and allowed people to lie on the floor of the chambers in protest.

“It was ridiculous,” Traini said. “You don’t let somebody use Assembly chambers that way.”

(Rivera said he was caught off guard when two people sat in front of the dais as a protest. He elected to ignore them. He later publicly acknowledged that was a bad call. Rivera also said the decline in decorum was underway well before that.)

As for ways to end the nastiness, former Assembly members said people on the left and right, and on both sides of the dais, need to open their ears and hearts, and assume even their opponents want a better Anchorage.

Dyson shared one of his personal proverbs.

“I say that the disgusting thing about my critics is how often they’re right,” he said. “And I really impoverish my own life and my effectiveness if I don’t listen carefully to my critics, and sort their information and consider their viewpoint. And I wish that everybody would.” 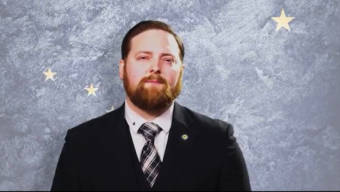 In an announcement posted on social media on Monday, Kurka criticized Dunleavy’s health mandates issued early in the pandemic. 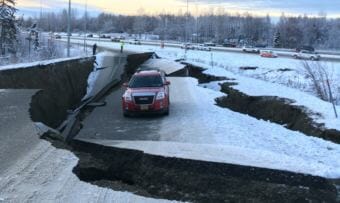 S&P Global Ratings dropped Anchorage’s rating from AAA to AA+ last week, citing a decline in the city’s available funds during recovery from the 2018 earthquake and the coronavirus pandemic. 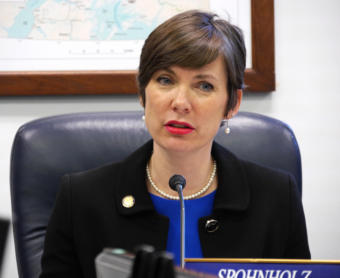