What should Ketchikan do to address a rise in opioid overdoses?

“I think this whole process is going to be a large dragon, and we’re going to grab the tail of it. We’re going to see how badly it burns us or not. But it’s — it should be interesting,” Kiffer said.

The council plans to discuss possible solutions at a special meeting scheduled for this Thursday.

Kiffer says it’s an early step in tackling the problem.

“We’re going to focus on, at least initially, on the opiate overdose situation,” he said. “Get as many of the different groups in town in the same room (and) at least start talking to each other. Because I think what we’ve had a lot of, unfortunately, is different groups siloing. And even with the city, we don’t know what’s being done.”

The meeting comes after public advocacy by resident Dave Timmerman. He’s repeatedly pressed Ketchikan’s city and borough governments to do more to address a growing drug problem in Ketchikan.

“People are dying,” Timmerman said at the council’s Aug. 19 meeting.

Timmerman, a former port operations director, told the council he had seen the area’s growing drug problem take its toll on his former staff.

“I think the homelessness issue and the addiction and dependency issues are joined at the hip,” he said at last week’s council meeting. “I don’t think they’re separable.”

Drug addiction was among the top four causes of homelessness in Ketchikan in last year’s survey by Ketchikan-based domestic violence advocacy group Women in Safe Homes. Other top factors include job loss, eviction and domestic violence.

Flora says it’s unlikely that any cheap, quick fixes will solve the problem.

“Part of the solution is going to be funding. And we’re going to need to be engaged with the community on what it is they also want to see,” he said.

“This is going to be a big undertaking. However, I think that with all the individuals in the room, who bring a lot to the table, and the organizations that we have in this community, we can do it. It’s just going to be — It may be many nights of tearing your hair out,” she said.

Kiffer says it’s a problem that’s lasted decades. But he says he’s glad to see the process getting underway.

“My point at this point is starting somewhere,” he said.

The meeting starts at 6 p.m. Thursday in the Ted Ferry Civic Center. The council will hear from groups working on drug addiction and members of the public before starting their own conversation about the best way forward.

The meeting will be broadcast on local cable channels and livestreamed at the city’s website. 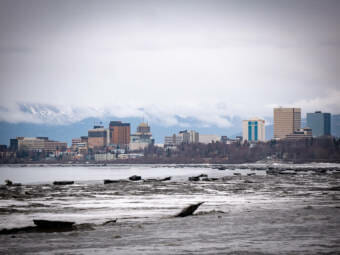 Over the last 4 years, 74 people living outside in Anchorage have died, many of hypothermia 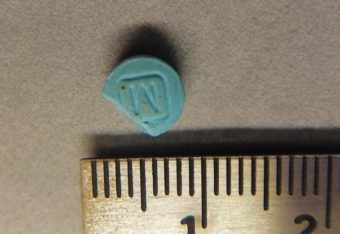 Alaska had 146 opioid overdose deaths last year, the most ever reported. 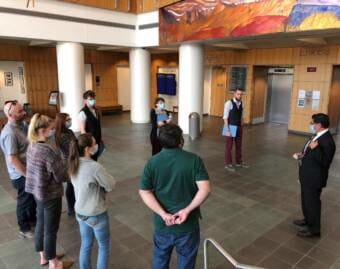 The recidivism rate for people convicted of drug and alcohol crimes and sent to jail is normally about 50%. The Fairbanks therapeutic courts report a rate of 5% to 7%.