Two Alaska women will share custody of their son after the biological mother lost her court fight for sole custody, according to a state Supreme Court decision published Friday.

The decision is the first of its kind in Alaska involving a same-sex couple. It relies on legal precedent from similar child custody battles between men and women where the non-biological parent is deemed a “psychological parent” and retains custody.

Susan Orlansky, the attorney representing the winning plaintiff in the case, says the justices agreed with her that the existing precedent on who should be considered a psychological parent also applies to non-biological parents in same-sex couples.

“Like my client, who’s not the biological parent but who has functioned for many years as a day-to-day parent, has a way of going into court and relying on well-established law in this state to have a claim to continue custody of the child once the parents split,” Orlansky said.

According to the Supreme Court’s published decision, here’s what happened:

The two women were in a committed relationship for 14 years. Prior to the legalization of same-sex marriage — in 2014 in Alaska and 2015 nationwide — they held a commitment ceremony. They never married, and later, after they had a child via artificial insemination, the non-biological mother never formally adopted the child.

But they had sought a sperm donor with similar physical features to the non-biological mother, and when they were raising the child, told him that he had two mothers. As both served as parents to the child in every way, he called his biological mother “mommy” and his other mother “mommo.”

They broke up in 2018, when the boy was five years old. And while the biological mother allowed the other mother visitation at first, she later cut off contact and filed for sole custody in Superior Court. A contentious custody proceeding followed — with interim visitation awarded to the non-biological mother — and the judge in the case eventually decided custody should be split.

The biological mother appealed to the state Supreme Court, and the justices’ decision Friday ends that dispute.

“Oh, I’m very pleased,” Orlansky said. “My client is devoted to the child and has been delighted by the Superior Court decision that gave her continued custody of the child that she considers her son. And we’re very gratified that the Supreme Court recognizes her role as his parent and allowed the award of shared custody to her to continue.”

A message seeking comment from the biological mother’s attorney was not returned Friday. 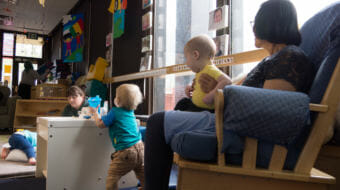 The Gold Creek Child Development Center and the Aurora Lights Childcare Center were two of only a handful of childcare centers in Juneau that accepted kids under 16 months old. 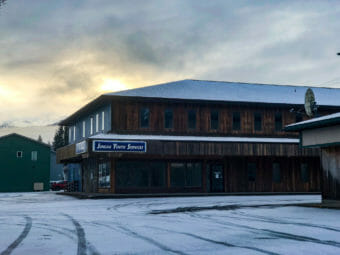 JAMHI Health & Wellness will have a new facility thanks to $870,000 that Sen. Lisa Murkowski earmarked for the project in the federal omnibus spending bill. 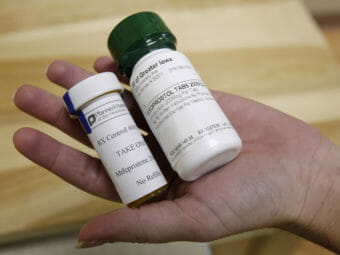 Abortion pills should be easier to get. That doesn't mean that they will be

Changes by the FDA mean patients won't have to schedule in-person exams to get a prescription.