The legislative special session is scheduled to end on Tuesday, and several items are not resolved — including a bill setting the amount of this year’s Alaska Permanent Fund dividend and another bill to set future PFDs.

The Senate Finance Committee is considering a bill that would fund permanent fund dividends at $1,100 this year. However, Gov. Mike Dunleavy’s administration has said that nearly half of the money isn’t available. The governor has called for dividends to be more than double that size and to pay for them by drawing more than planned from permanent fund earnings.

Even that amount is less than what some Alaskans who provided testimony on the bill want. They want the state to pay dividends under the formula in a 1982 state law. That would be roughly $3,800.

Pleasant Valley resident Michael Kramer was among them. He said the royalties that built the fund would be in private hands if the state didn’t own the land.

“I expect to get my whole dividend, not: You take it and think what you do is better for it than what I can do with my own money,” Kramer said. “If you didn’t want to do that, you could give us back our mineral rights to all of our property.”

The Senate Finance Committee also discussed a bill that would set dividends in the long term. The bill would scale up dividends from $1,100 to $1,300 over the next three years. Then it would make dividends equal to half of the annual draw, which currently would amount to $2,350.

But the larger amount would depend on agreeing to add new annual taxes or other revenue totaling $700 million. If this didn’t happen, dividends would grow from $1,300 based on inflation, under the bill.

The Alaska Permanent Fund Corporation board has said the state should not spend more than 5% of the fund’s value each year. Larger dividends would require drawing more than that level unless the state offsets the money with taxes or spending cuts.

Corporation Executive Director Angela Rodell said it becomes harder to invest the fund’s money when the corporation doesn’t know how much the state will spend from fund earnings each year.

“You’re taking money out of some of the highest, best-performing assets of the fund, and putting them into lower-risk, lower-returning assets,” she said. 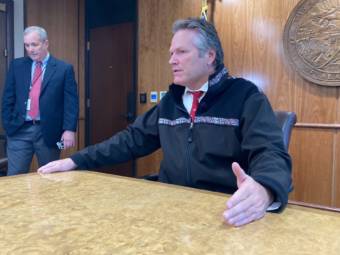 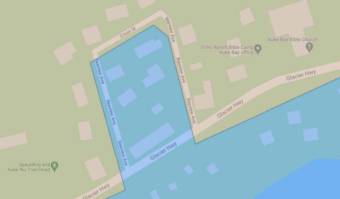 Redistricting is shaping up to be the opening of a high stakes political exercise that will play out through the Nov. 10 deadline to settle political boundaries.