U.S. officials say Alaska is ideally located to launch or assist in military operations in the Indo-Pacific region, but so far Army and Air Force resources based here are not being used in the U.S. evacuation efforts in Afghanistan.

U.S. Defense Secretary Lloyd Austin last month said what many other U.S. leaders have stated over the years: that Alaska’s forward location enables U.S. military units based here to respond quickly to events throughout the region adjacent to the Indian and Pacific oceans.

“We are an Indo-Pacific nation. And we are an Arctic nation,” Austin said during a July 24th visit to Eielson Air Force Base. He said the buildup of Alaska-based military assets in recent years has given the Army and Air Force substantial capabilities for both offensive and defensive operations.

“This is where we can project power into both regions,” he said, “and where we must be able to defend ourselves from threats coming from both places.”

Former Defense Secretary Jim Mattis touched on the same theme during his visit to Eielson in June of 2018.

“It is probably the gateway to the Pacific for us in many, many ways,” he said.

But Alaska-based military assets apparently are not part of U.S. efforts to evacuate remaining American and allied citizens from Afghanistan, along with Afghans and others who’ve helped the U.S. military during its occupation of the country.

Spokespersons for the U.S. Army Alaska and the Air Force’s Alaskan Command say their organizations don’t have any assets supporting the effort. And a Pentagon spokesperson said he wasn’t aware of any involvement of Air National Guard assets based here.

A University of Alaska Fairbanks analyst says both the Alaskan Command and Alaska Air National Guard could help with the operation, if tapped by the Pentagon.

“Their ability to go support the mission right now would be very reasonable, expected — no surprise at all,” says Troy Bouffard, who directs UAF’s Center for Arctic Security and Resilience. “They do this stuff all the time.”

Bouffard says he has no inside information, but he wouldn’t be surprised if the Air Force calls on the Alaskan Command to provide aircraft, like the big C-17 cargo planes based at Joint Base Elmendorf Richardson.

Bouffard is a 22-year Army veteran and Defense Department contractor as well as an instructor with the university’s Homeland Security and Emergency Management Program. He says he’s not surprised that the Pentagon hasn’t ordered troops and equipment from U.S. Army Alaska. He says that’s because an evolving policy set out in the Army’s Arctic Strategy issued earlier this year directs Alaska-based units to focus mainly on operating in and around the circumpolar north.

“And that meant kind of removing them from a lot of taskings and rotations and exercises,” he said.

Defense Department spokespersons didn’t respond to questions about why Alaska-based military assets aren’t involved in the Afghanistan operation that’s going on near the western edge of the Indo-Pacific region. 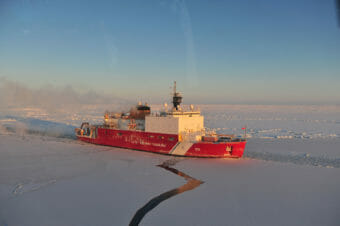 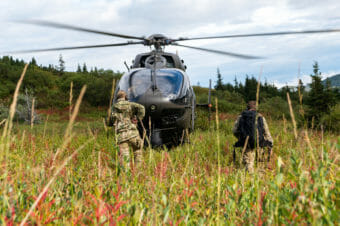