Responders described low cloud ceilings in Misty Fjords National Monument Wilderness in the hours after a fatal plane crash that killed six people. That’s according to a new report from federal investigators looking into the Aug. 5 crash. But officials say they have yet to determine the cause of the crash.

The National Transportation Safety Board released its preliminary report about the incident Wednesday. NTSB Alaska regional head Clint Johnson says it’s an early look at the basic facts about the crash.

“We were able to document the accident site and also the wreckage at the site there. We also had a chance to go ahead and document the wreckage once it was removed, and we had an aeronautical engineer basically go over the wreckage with a fine-toothed comb,” Johnson said.

The report says the Southeast Aviation tour was carrying five passengers from a Holland America cruise ship on the pilot’s second tour of the day.

Visibility was relatively good around Ketchikan’s airport. A few clouds floated at about 700 feet over Ketchikan International Airport, with a broken cloud ceiling about 1,800 feet, the report says.

But pilots searching 18 miles to the northeast, along with other sightseeing pilots flying in the area, described cloud ceilings as low as 600 feet above the ground in the valley where the aircraft was found with no survivors.

Investigators released photos of the wreckage wrapped around a tall tree at an elevation of roughly 1,750 feet in steep, heavily wooded terrain.

Investigators don’t point to a cause for the crash — that will come later, after an investigation that is likely to take at least a year. But at this point, Johnson says it doesn’t appear that the plane had anything wrong with it in the moments before impact.

“We don’t suspect any mechanical issues at this point, but we are making absolutely sure we are looking at every possibility in this accident at this point,” he said.

He says investigators will examine the engine as the investigation continues. And he says NTSB officials will also look into the operator, Southeast Aviation.

“The operations group and one of our meteorologists will be returning to Ketchikan within the next few weeks. They’re going to continue doing interviews with the operator, and probably also the FAA, and also witnesses, if we have some more witnesses there,” Johnson said. “They still have a fair amount to do.”

Southeast Aviation declined to comment, citing the ongoing investigation. So far, the Ketchikan-based airline has only released a statement expressing its sympathy for the victims and their families.

The six killed this month increased the tally to at least 21 people who have died in plane crashes in the Ketchikan area since 2015. A recent investigation by KUCB and ProPublica found that Alaska is home to a growing share of the nation’s fatal accidents involving small commercial aircraft. 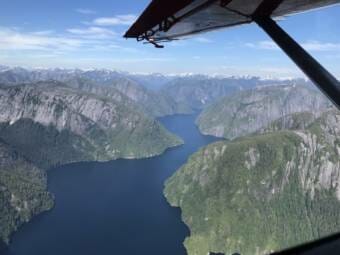 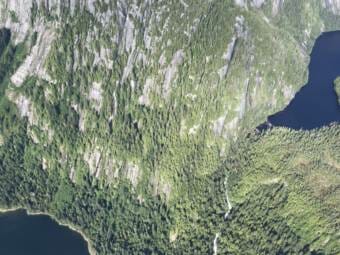 NTSB: Pilot in last week’s fatal floatplane crash was in another accident in July

Investigators flew over the site on Sunday, but poor weather and low visibility hampered efforts to land until Wednesday, when the weather began to clear. 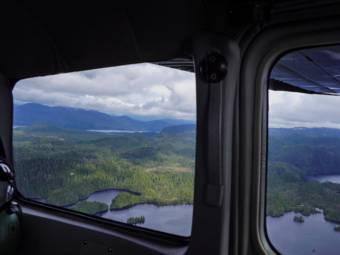