When the COVID-19 pandemic cut her last gallery show short in 2020, a Juneau illustrator and ceramics artist turned to social media to exhibit her work.

Now, Mercedes Muñoz is selling out to fans all over the nation.

Her studio is in Lena Cove, on a quiet street about 25 minutes from downtown Juneau. It’s a serene setting, with trees and salmonberry bushes all around and a great view of the water. Her wheel is in the center of the space, surrounded by shelves packed with neat rows of glazed pottery. Muñoz works primarily with porcelain, so her finished pieces are mostly white. But much of her work is decorated with cheerful illustrations, like ocean waves, fruit slices and even a dog’s backside.

“Porcelain is this really white, beautiful clay body that lends itself to detailed illustration,” she said. “And the end result allows me to take a functional form, and my love of illustration as well, and really meld those two mediums together.”

Once the illustration is etched onto the clay, Muñoz adds more texture and color.

“I paint [wax resist] on the areas where I don’t want glaze to stick to,” she said. “Sometimes when I do the clear glaze over it, it can get a little bit more blurry. So I’ve been really into that juxtaposition of the bare porcelain with the glazed surface.”

She points out how this technique was used on one of her finished pieces, a small ceramic platter. It’s smooth and shiny, except where little watermelon slices have been painted bright pink and green on the parts without glaze. The end result really pops against the white background.

Muñoz’s last exhibit in Juneau was cut short by the pandemic. Ever since, she has been focused on growing her digital presence. She started by creating a website, then posting photos and videos to Instagram. Muñoz used these platforms to promote her work, and also her local partnerships. Amalga Distillery commissioned mugs for their (sold out) Neighborhood Hygge Kits.

She was awarded an Adaptation and Innovation grant from the Alaska State Council on the Arts for artists who have had to change the way they practice in response to the pandemic. She used it to collaborate with Juneau photographer Nathan Kelley. He made a series of short artist films that showcased Muñoz’ work and her process. All of this added to her growing online profile. At some point along the way, she gained almost 2,000 followers on Instagram.

Whenever Muñoz releases a small batch of her work online, it sells out. Quickly.

“Since I’ve been doing it virtually, it’s been almost a year now, and I’ve been releasing small bodies of work every few months. And now, still delivering a lot of work throughout Juneau but I’ve started shipping outside of Juneau and all over the country too,” she said. “So it’s been a whirlwind and so exciting and such a lemonade out of lemons situation for me.”

On the day of her first in-person show after more than a year, parked cars crowded both sides of the road, and a long line of people stood in her driveway. Shoppers in masks were allowed to enter an open tent in small groups to allow for distancing.

The show opened at 10 a.m., but Christina Schulte was in line by 9:30 a.m., fully aware of how quickly items could go and not wanting to miss out. And a lot of other people showed up early, too, willing to stand in the rain and wait their turns.

Schulte said she has tried to buy pieces from Muñoz’ virtual releases.

“Her online shows have all sold out in about two minutes,” Schulte said. “You have to be super ready to just hit refresh until you can buy the one thing you want and just hope that you get it because sometimes it will sell out from under you.”

It appeared that Muñoz’s analogue release was no exception.

Sales were brisk, and the following Monday a post from her Instagram account announced that even though this was the largest body of work she had ever released, there wasn’t a single piece left. This show, too, had sold out. 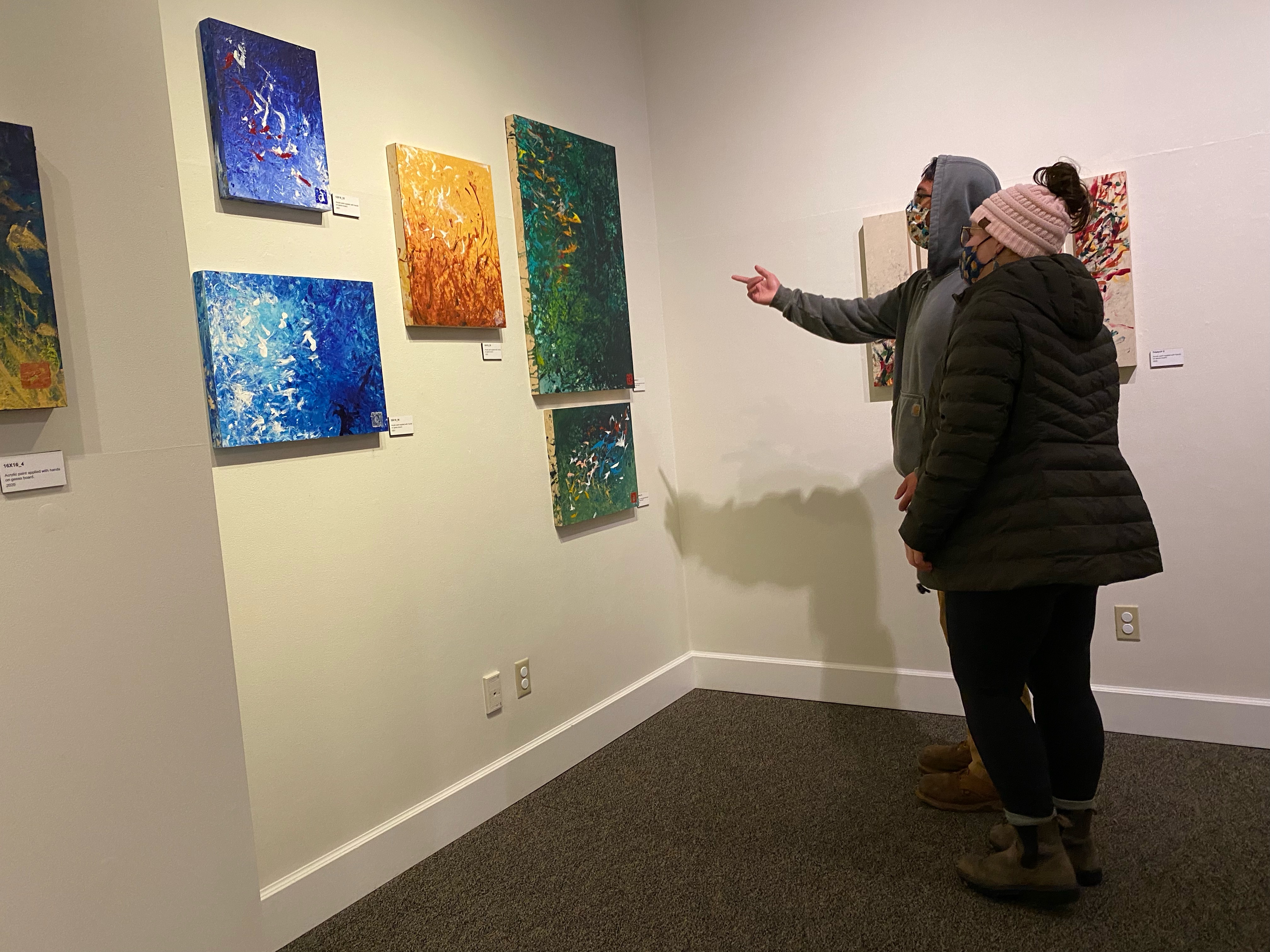 A new exhibit at the Juneau-Douglas City Museum features paintings created by local artist Avery Skaggs. Skaggs is in a wheelchair and is non-verbal, but expresses himself through art. 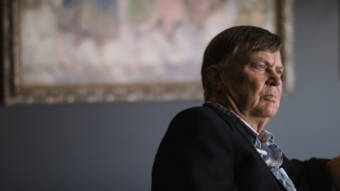