A heavy military cargo plane landed at Ketchikan’s airport over the weekend. But military officials are mum on what the Washington state-based C-17 Globemaster is doing here.

Ketchikan’s airport manager Alex Peura says the civilian airport has only been given a bare-bones briefing.

Military officials in Tacoma confirmed the C-17’s presence in Ketchikan was related to a “current mission.”  But Air Force spokeswoman Sarah Amato of the 62nd Airlift Wing at Joint Base Lewis-McChord declined to comment further, citing operational security concerns.

Though an airport fire truck approached the plane with lights flashing at least once on Sunday, Peura says it was just a drill.

“They do random training, they fire them up, they run them down the runway frequently, just to keep them going … I don’t think that had anything to do with the aircraft being here,” he said.

The C-17 Globemaster has a 170-foot wingspan and is one of the largest heavy transports in the U.S. Air Force. Its primary mission is long-range transport for troops and cargo and is capable of in-flight refueling. 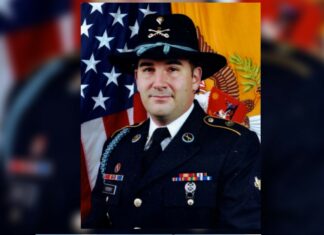 Sgt. Daniel Perry was stationed at Fort Hood when he shot the protester on July 25, but on Sept. 1 he began a new tour at Fort Wainwright. 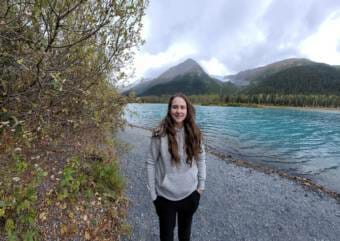 After her daughter's death by suicide at JBER, a mother presses military for reform

Carey Harris Stickford is telling the story of her daughter’s death to highlight what she sees as major lapses in the military’s response. 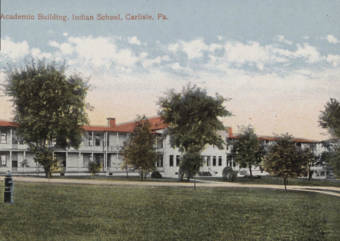 Beginning June 19, the U.S Army will begin the process to return the remains of 10 Native students buried at the Carlisle school.