Despite the absence of an official fireworks show, Sitka’s Fourth of July was celebrated with the usual festivities this year. But the fourth day of the month marks another important occasion: Elizabeth Peratrovich’s birthday. Some Sitkans honored the Alaska Native civil rights leader with a new — and useful — monument.

“I had been out to Galankin Island, where a yellow cedar tree had blown over onto a building,” Zach LaPerriere said when KCAW visited his workshop in March. He was busy, carving a bench out of the 100-foot tall tree that fell during a windstorm in the autumn of 2020.

“A very robust, strong tree that, had it not blown over, if all gone well, was ready for hundreds upon hundreds of years of a good life,” he said. The more-than-century-old tree’s root structure was compromised, so the owners cut it down and donated it for a woodworking project. This spring, LaPerriere said, the perfect project came along.

LaPerriere has built several yellow cedar benches over the last few years in memory of Sitkans. But this bench is going to be part of a larger tapestry of installations that will tell the history of Sitka and Southeast. It’s called the Benches and Birds project, and the first bench will honor Alaska Native civil rights leader Elizabeth Wanamaker Peratrovich, who was instrumental in the passage of the 1945 Anti-Discrimination Act.

“One of the reasons that we wanted to highlight Elizabeth is because it is time that we accept that her legacy is significant, not only locally but around the world. She is a Tlingit woman who has had tremendous influence not only in the past century, but even moving forward,” said Alaska Native Sisterhood Grand President Paulette Moreno, who is leading the project with Loyd Platson.

“It kind of grew out of a conversation that Paulette and I had about Martin Luther King Jr. Day, the service day,” Platson said. “And we were talking about wanting to have something that lasts a little bit longer than just the day.”

They plan to install benches and bird statues around Sitka — but there will be more to them than meets the eye. Each installation will include a QR code that visitors can scan to learn more about the person the bench commemorates.

“So that people can actually have a walking history tour,” Platson said. “Not only students, but also visitors and people that want to have a greater knowledge of Alaska.”

The group plans to install the Elizabeth Peratrovich bench in front of Harrigan Centennial Hall, where the statue of Alexander Baranov once stood. The statue of the Russian-American Company chief manager was moved to the Sitka History Museum in 2020, after members of the public called on the Assembly to remove it.

“Having courageous conversation in our communities, brings many things forward,” said Moreno. “Some of them are pain, some of them are conflict, misunderstandings. But what it ultimately does is bring forward an opportunity for healing, an opportunity to have not only one dominant voice heard, but several voices heard.”

The initial goal is to install several benches beneath the flagpoles in front of Centennial Hall to create a gathering place where the statue once stood.

“And so what better way to do that in showing diversity of our community by where the Baranov statue was in that area, put something that honored the diversity and the different histories of this place. It’s a great area to do that in,” Platson said. “When you think about tourism, that’s where a lot of the tourism begins, a lot of the [tour] buses leave from there.”

“She had said something to the effect that even though the law was passed in 1945, there would be ongoing vigilance needed to continue the spirit of the work. I see this as an opportunity to continue this spirit and honor her legacy. And to give us a focal point, a touchstone in going forward as we understand that we can be and we should be one people with one vision for the good of all.” 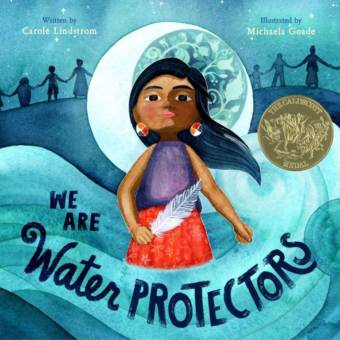 KCAW’s Erin McKinstry interviewed Goade about her award-winning work illustrating “We are Water Protectors” and what inspires her as a Tlingit artist. 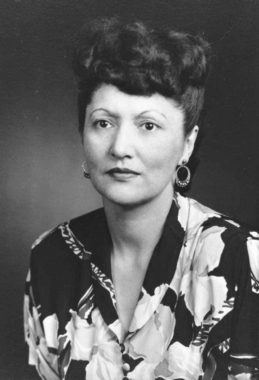 'Use words to make a difference': The legacy of Elizabeth Peratrovich

Elizabeth Peratrovich was instrumental in the passage of the 1945 Anti-Discrimination Act of 1945 during a time when women were rarely a part of the political world and before the national Civil Rights Movement of the 1960s.

The Caldecott Medal is awarded annually by the American Library Association to the artist of the most distinguished children’s picture book. Goade, who is Tlingit, is the first Indigenous person to win the award.